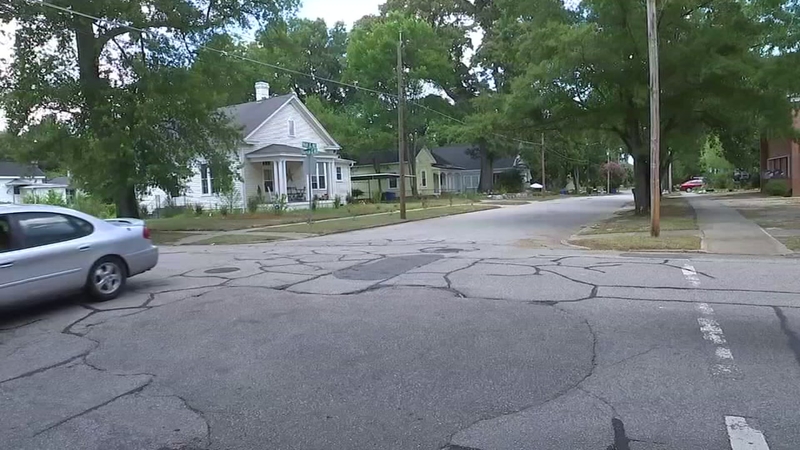 WILSON, NC (WTVD) -- Wilson Police have made five arrests following a string of paintball shootings in the city.

Then, shortly after 3 p.m., Joe Uditis was doing yard work on his property when he was struck in the back of his right arm.

He's lived there for three years and said this was the first incident in the neighborhood in a while.

"It took a while to realize what happened. So that was it, they got me in my right arm, and that was it. By the time I turned around they were well down the road," explained Uditis.

A nearby vehicle was also struck in that incident.

Later in the day, a vehicle and house were shot in the 800 block of Goldsboro Street.

Police arrested three men from Wilson in connection to those shootings.

Twenty-year-old Anthony Alston, 19-year-old Jaylend Howard, and 20-year-old Darius Taylor were both charged with two counts of simple assault and two counts of discharging a weapon in city limits.

On July 4, Wilson Police drove up on a vehicle accident at the intersection of Trinity Drive and Ward Boulevard at around 5:30 p.m. In that case, a homeowner said the suspects fired paintballs at his house before he pursued them. That chase led to a crash into a light pole, which was replaced on July 5.

Eighteen-year-old Jamie Williams was arrested and charged with Careless and Reckless Driving, Possession of Alcohol Underage, Possession of Marijuana, Possession of Drug Paraphernalia, and Discharging a Weapon in the City Limits.

The next day, 17-year-old Dykim Downing was arrested and charged with Damage to Real Property, Possession of Alcohol Underage, Possession of Marijuana, Possession of Drug Paraphernalia, and Discharging a Weapon in the City Limits.

Both men are from Elm City.

Police are still searching for two additional suspects connected to the July 4 incident.

Next week, Wilson Police will meet with community members to discuss enforcement and neighborhood safety.

If you have any information on these cases, call the Wilson Police Department at 252-399-2323 or Crime Stoppers at 252-243-2255.
Report a correction or typo
Related topics:
wilsonarrestpaintball
Copyright © 2021 WTVD-TV. All Rights Reserved.
More Videos
From CNN Newsource affiliates
TOP STORIES