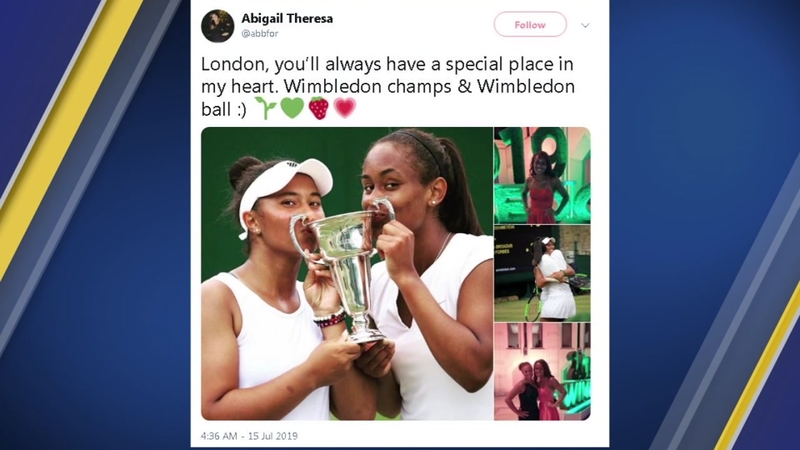 USA's Savannah Broadus and Abigail Forbes are the #Wimbledon girls' doubles champions after a tough battle against Bartone/ Selekhmeteva pic.twitter.com/cD0qGAk0si

A Wimbledon victory is something Forbes said she's always dreamed about.

Forbes grew up in Raleigh and has committed to play tennis at UCLA.

Welcome to Westwood, @abbfor! Look for the latest addition to our Bruin family next fall.#GoBruins | #NationalSigningDay pic.twitter.com/mzYSfbypQt