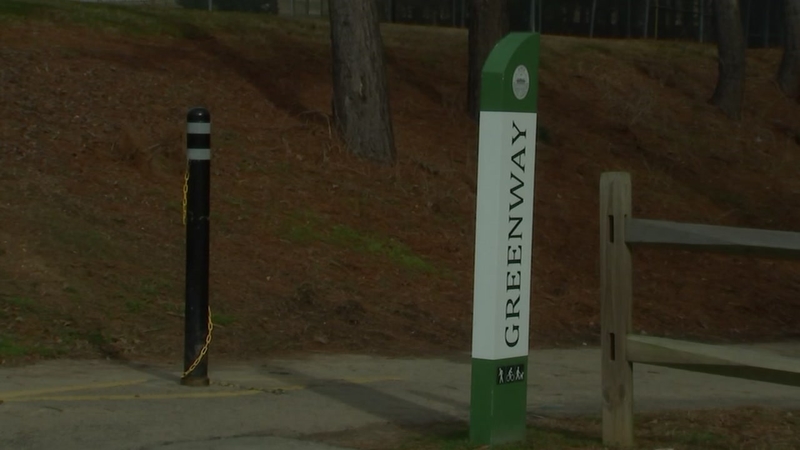 APEX, N.C. (WTVD) -- Apex police officers want your help identifying a man they say sexually assaulted a woman out on an afternoon jog.

Investigators said the 21-year-old woman had just finished her afternoon run and was walking back to her car when the man approached her. at Kelly Park Road.

She told police she sensed someone was walking up behind her at a faster pace than herself, so she stepped to the side to let the person pass.

That's when the man pushed her to the ground and got on top of her. Police said the assailant grabbed the woman between her legs outside of her clothing.

HAPPENING NOW: @ApexPolice need your help in tracking down this man. They say he sexually assaulted a woman Tuesday afternoon near Olive Chapel Elementary while she was finishing her jog. If you have any information, call Apex PD. #ABC11 pic.twitter.com/O5aMr5xWfv

She began screaming and trying to free herself when the man ran off, jumping the playground fence at Olive Chapel Elementary and was last seen running toward the back of the school.

Surveillance cameras captured pictures of the man as he ran away.

The park remained open and school continued to operate normally.

The incident shook other visitors at the park.

"I don't go running at night because of this sort of thing," said Amanda Ew, a Wake County mom. "But it's still very much the sense that I take for granted. That sort of thing. It's not really on my radar. It's alarming. It's surprising. And I'm so thankful that it didn't go any further for that lady."

Another Wake County mom said the incident was "scary."

"It makes you want to doublecheck where you're going and make sure you're not alone," said Becky Robak. "I hate that this has just come to this."

The incident served as a sobering reminder for those visiting parks or other potentially isolated areas.

"Be constantly aware of your surroundings," Ew said. "As women, we have to take extra measures to be aware. It's just scary."

Ew said she used to walk out of her house and run down the street at night, but doesn't feel comfortable doing that anymore.

"Keep an eye out on my kids," she said. "Definitely keep an eye on your kids and make sure you know where they are."

Anyone with information about the suspect is asked to call Apex Police Department at (919) 362-8661.