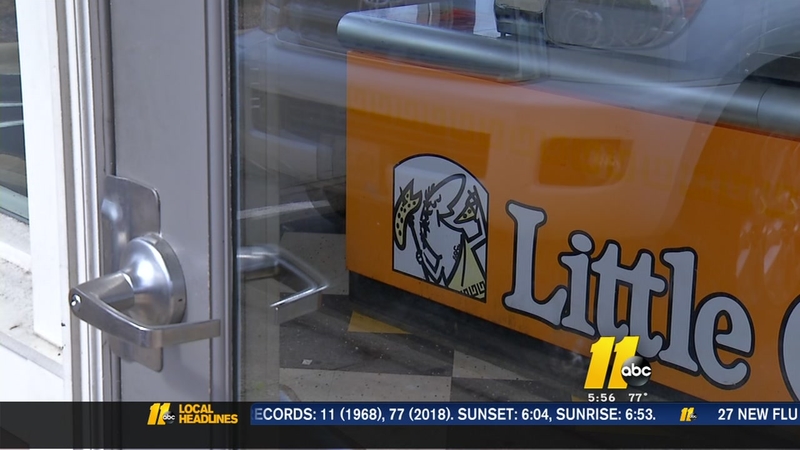 CARY, NC (WTVD) -- The general manager and an employee of the Little Caesars in Cary on East Chatham Street are asking for answers after the restaurant, and three other locations in the Triangle owned by the same person closed suddenly.

They've been told they won't receive their final paycheck.

They told ABC11 that the Cary location, two others in Durham and one in Holly Springs, all closed at the beginning of the month with no warning.

"I received a letter on February 6 that basically the company was filing bankruptcy and he tried to sell it, it fell through, and that we would not be getting paid," said Christine Davis, the former general manager of the Cary Little Caesars.

This is the letter Christine Davis said she received, informing her the Little Caesars she worked at, and three others, were closed. pic.twitter.com/pXswfSuI6X

She said she's been the GM there for the past 10 years - helping to open the other locations that also closed under FBMP LLC's ownership.

Davis said she's tried to file a claim for the wages she's owed but has been unable to find a bankruptcy filing for FBMP.

ABC11 checked with bankruptcy courts in the North Carolina Eastern and Middle districts and could not find a filing either.

ABC11 also tried reaching out to the owner of the company, John Berger, by phone, email and text and received no response.

"I just, you know, want to know why didn't I get a heads up, you know, something," Davis said, tearing up. "He knew about it for a month before it happened and he didn't tell any of us."

One former employee reached out to ABC11 directly seeking answers. She's asked us to call her Amy as she works to seek new employment.

Amy and her husband were calling their car home, before they both lost their jobs with the closing of the Cary Little Caesars.

Amy said they fell on hard times after she lost her last job, exhausting her unemployment benefits before finding work alongside her husband who was already working at the Little Caesars.

Amy said her husband has another job now, but they were counting on their final paycheck.

"The check that we were going to get from here was supposed to help us to get into a place," she said.

Amy said the last two-week pay for her and her husband would've come out to about $800 together.

"You have a house at home," she said. "You have a shelter under your head; you have food on your table - there's people that, like myself, that don't have a roof over their head right now."