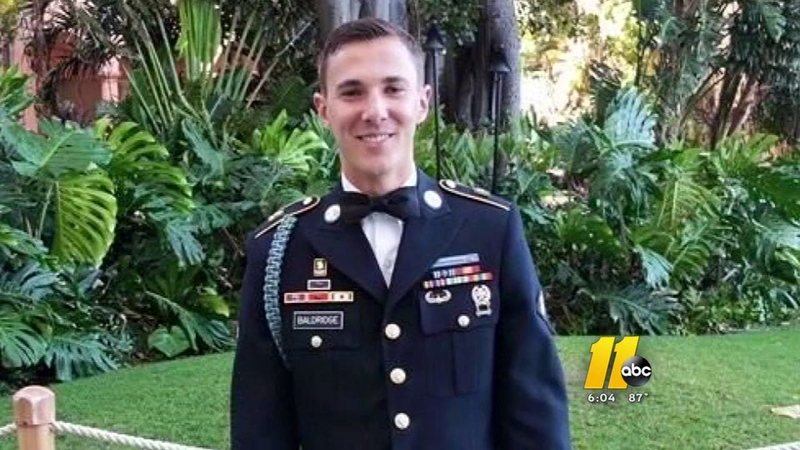 Corporal Dillon C. Baldridge, 22, was killed in Afghanistan on Saturday when a member of the Afghan army opened fire on his American compatriots.

The Taliban took responsibility for the attack and claimed one of its terrorists "infiltrated" the army to carry out the ambush, which killed two other soldiers.

"I feel betrayed," Chris Baldridge, Dillon's father, lamented to ABC11. "(Dillon's) over there training people to take care of themselves and then they turn on us."

The 2012 graduate of Franklinton High School in Youngsville had always dreamed of being a soldier.

"It was one of those things you'd think, 'Yeah, he's going to be a soldier one day,'" Chris Baldridge recalled. "He'd be up at five in the morning watching the Military Channel on TV. What kind of kid does that?"

Dillon was also an avid wrestler and loved to ride ATVs.

"I was always impressed by Dillon," his father added. "He was a motivated kid. Whatever he wanted to do, he was going to do it."

That included enlisting in the Army's 25th Infantry Division, which first sent Dillon to Hawaii for three years and then Fort Campbell in Kentucky.

A top soldier in his class, Baldridge said Dillon actually turned down an offer to become a Ranger, instead asserting his desire to join his team on deployment to Afghanistan.

"My chest was just out a little higher that day, beaming with pride," Baldridge said.

They were tasked with assisting special forces on the ground, as well as training members of the Afghan army.

"He just makes me want to be a better dad and a better person," his father asserted.

Dillon leaves behind his mother, stepparents, and four siblings, including an infant sister he'll never meet.

"I'm going to tell her that her brother was a hero who fought for our country so that other people can live a free life," Baldridge said.