Foster-care agencies step up efforts on behalf of LGBT youth 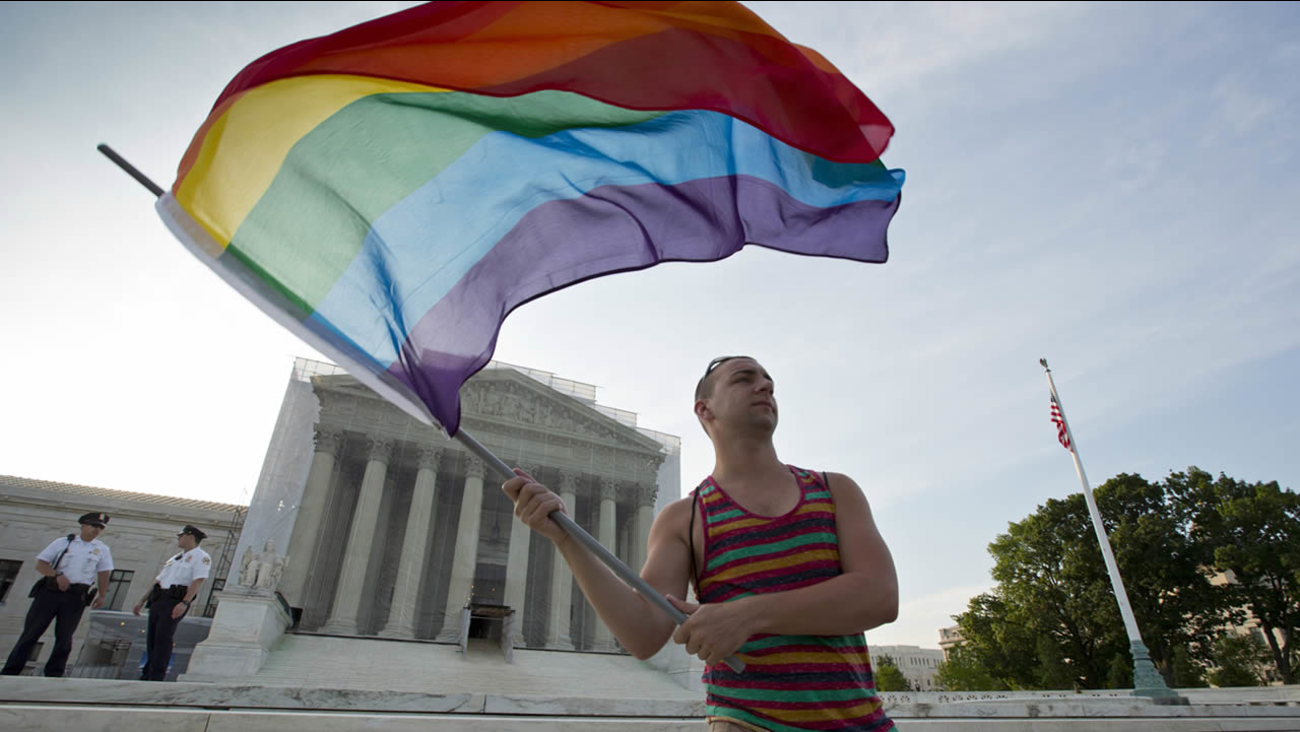 NEW YORK -- When she entered a foster-care group home in 2012, Delilah Ramos was, by her own description, a hard-drinking teen with a wild streak. And as a lesbian, she was unsure how her sexual orientation would be received.

Her positive experience reflects a profound transformation in how gay, lesbian, bisexual, and transgender youths across the United States are treated after they enter foster care.

Historically, the experience was often grim for them: Many were rejected by their own families, then encountered prejudice, harassment and abuse when they shifted to a foster home.

Efforts to tackle such problems have gained momentum across the U.S., but with varying success. Officials in some areas say the most sweeping institutional reforms, even though desired, may only come slowly. And some new requirements, they say, could risk shrinking the already limited pool of foster parents.

New York City, meanwhile, is at the vanguard of change. Its child-welfare agency, the Administration for Children's Services, has been working for more than a decade to improve care for LGBT youth. In 2012, the agency established an Office of LGBTQ Policy & Practice (the Q stands for 'questioning'), and stipulated that LGBT-oriented training must be given to all staff at its nonprofit partner agencies who work with young people.

Last year, ACS Commissioner Gladys Carrion went a step further, issuing a directive requiring that all newly certified foster parents pledge that they could provide an affirming, supportive home for LGBT youth. The policy also requires that veteran foster parents, when getting recertified, receive training in how to support LGBT youth.

Even in liberal New York, however, some prospective foster parents have balked at pledging their willingness to take an LGBT youth into their home.

Although recruitment remains a challenge, Rhodes Perry, who heads New York's LGBTQ office, said the new policy for foster parents is feasible in part because the number of foster children in the city has dropped to about 11,000 - only a fourth of the peak level in the 1990s.

Still, much of the rest of the U.S. likely isn't ready for New York's approach.

The head of a Detroit area nonprofit that serves homeless LGBT youth says the New York foster-parent policy wouldn't work in states such as Michigan.

"It's commendable, but I'm not sure it's necessary or would play well in many parts of the country," said Jerry Peterson, executive director of the Ruth Ellis Center. "If we set that as the gold standard, it's potentially going to preclude people who could be very good foster parents for young people who don't identify as LGBT."

And Ellen Kahn, who oversees a foster care and adoption initiative for the Human Rights Campaign, a national LGBT-rights group, said, "If you know a family is not quite ready to be affirming, you could spend time with that family, educating them. It doesn't mean you can't license them.'"

Liberal bastions such as New York and Los Angeles are not alone in pressing reforms, however. Iowa, for example, recently launched its first LGBT-oriented training program for child welfare workers; among those invited to assist was Jacob Carmi, 22, a former foster youth.

Unlike Delilah Ramos, Carmi had a pretty miserable time in group homes in Iowa when he was 13 and 14, getting little support from the staff and enduring animosity from the other boys when they became aware that he was gay.

He recalled a demoralizing episode when he tried to befriend a new arrival at the group home who seemed to share several interests. The other boys swiftly suggested that Carmi was seeking a sexual relationship, and the newcomer "freaked out."

"I lost a friend," Carmi said. "The whole two years I was very isolated. It felt like no one understood where I was coming from."

Now, Carmi sees signs of positive change. The types of training programs that he is helping with in Iowa were being pioneered years ago in New York City. Good Shepherd Services, an ACS partner agency whose operations include Delilah Ramos' home, started training its staff on LGBT-related matters more than a decade ago.

Denise Hinds, who oversees Good Shepherd's foster care programs, says there's been a dramatic increase in the percentage of young people receiving services who identify as LGBT. A recent survey in Los Angeles found that 19 percent of adolescent and teen foster youth were LGBT; Hinds believes the percentage in New York is even higher.

Sister Paulette LoMonaco, Good Shepherd's executive director, said the agency seeks to offer a "sanctuary" to these LGBT youths and to be nonjudgmental.

"They've gone through a lot of traumatic experiences because of their sexual orientation - not feeling comfortable with their own friends, in their own homes, their own schools," LoMonaco said.

At Marian Hall, which accommodates about 30 girls and young women, the supportive mindset is evident.

Adorning the main lounge is a rainbow-colored poster listing Good Shepherd's guiding principles for providing an LGBT-affirming environment. On display in a nearby office is a banner carried by the Good Shepherd contingent in New York City's 2012 Gay Pride Parade.

Marian Hall's social work supervisor, Caren Chopak, says sexuality among the young people she encounters "is so much more fluid than it used to be," and many of them are experimenting.

When it comes to rules and sexual behavior, the staff seeks a balance, Chopak said. No sex is allowed in the building; the young residents are discouraged from having affairs with one another, but it happens nonetheless.

Delilah Ramos moved into Marian Hall in 2012, along with her twin sister, as life at home with their struggling single mom became untenable.

"A lot of us come from bad backgrounds - we were wild," Ramos said. "When I came here, they helped me change a lot."

Ramos, who hopes to enter college and study art, says five of the 10 girls on her floor are lesbian or bisexual, and she appreciates the concept of sanctuary that makes them feel welcome.

"I'm grateful, because the staff isn't that judgmental," she said. "Some are LGBT themselves. The others, I consider allies."

An effort is underway in New York to attract more LGBT foster parents; Carrion has directed both ACS and its partner agencies to recruit at gay-pride celebrations and similar events.

However, many gay and lesbian adults - in New York and elsewhere - find adoption a more appealing option than becoming foster parents.

"It's too hard for me to think of having a child in my home, and then having to say goodbye to them," said Derek Miles-Hood, a gay man who, with his husband, is taking steps to adopt an LGBT youth.

Their preparations include classes in New York taught by Mary Keane, a lesbian adoptive mother. She works with You Gotta Believe, an organization devoted to finding permanent homes for teens in foster care.

Keane commends ACS for its LGBT initiatives, but says it will be difficult to recruit an adequate number of supportive foster parents.

"There are not enough affirming homes," she said. "There are people who say they're affirming but they're not. They expect the child to not really display their sexual orientation."

She cited one case where a gay youth was told by his foster parent not to wear a purple shirt. "You can't change people's beliefs and prejudices just by issuing an edict that it will no longer be that way," she said.

In 2004, California enacted the first law banning discrimination against foster youth and foster parents based on sexual orientation or gender identity, but few states have followed.

Naimah Johnson, a lesbian social worker, became the foster mother four years ago to a girl named Ashley, who self-identifies as "queer," and is now in the process of adopting her at the age of 18.

Before they connected, childhood was tough for Ashley. She bounced through several foster homes, encountering hostility and discomfort over her emerging sexual identity.

"There seems to always be a level of misrecognition, misunderstanding, and even attempts to erase or change parts of youths' identities," Johnson said.

Johnson, who had been Ashley's therapist for several months before taking the teen into her home, says ACS and its partners should be sure to seek input directly from LGBT foster youth.

"Sometimes adults don't know what's best," Johnson said. "Asking the youth what their needs are - that's the biggest thing that should happen. They're the experts."