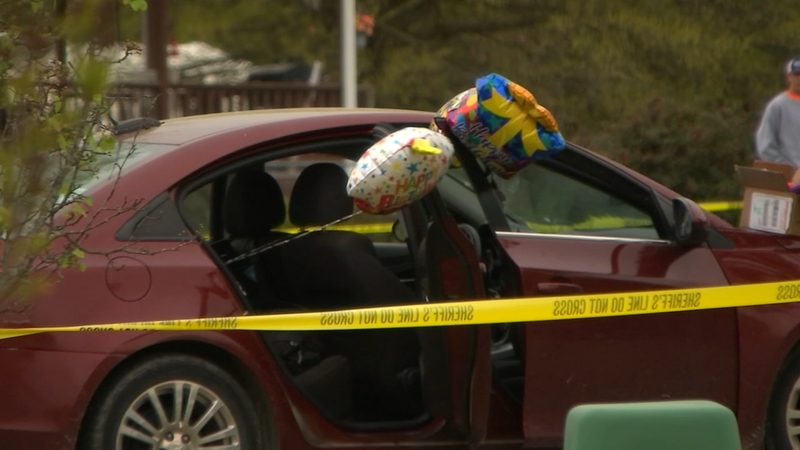 Deputies went to a home in Clayton around 2:45. Lindsay Webb, 21, and William Parker 23, were found dead at the home. The Sheriff's office says they both lived at the house on Richmond Drive.

JCSO Cpt. Jeff Caldwell said the shooting was domestic-related and the two knew each other. Caldwell said he was unsure of their relationship at this time.

Caldwell said Webb was found in the front yard of the home and Parker was in the back yard. Multiple guns were found on the scene.

A 45-year-old man was also shot in the arm and taken to the hospital. He was treated for his injuries.

Outside the home, deputies focused their investigation on a car with balloons tied to it. It is unclear at this time how the car is related to the shooting.