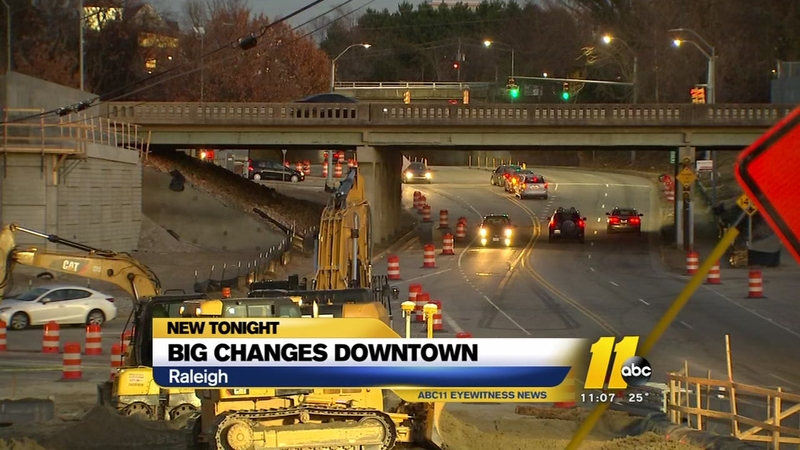 And come this Sunday night, over on heavily-trafficked Peace Street, between Capital and Glenwood Avenue, crews will start phase 2 of construction on a new underground culvert - requiring another traffic shift along this stretch which is already down to one lane in each direction.

Construction of the Wade Avenue Bridge is moving along. It's expected to be open to drivers by late spring or early summer.

That bridge along with the new bridge to be built over Peace Street are part of the massive project to turn this stretch into a more inviting gateway to the Capital City: wider sidewalks, bike paths, and decorative art on the new bridges.

But over at Endless Grind, the 32-year-old skateboard shop at the corner of Peace and West Streets, they're just hoping to see it all come to fruition. The shop has become an island in the middle of this massive construction zone. And they're the only ones left. The last year has seen every other surrounding small business shut down.

"It's a little discouraging to pull in and we're the only thing open from the (Peace Street) Bridge to Glenwood South," said Endless Grind manager Chris St. Hilaire. "So obviously, it's a little weird to be that one standalone business."