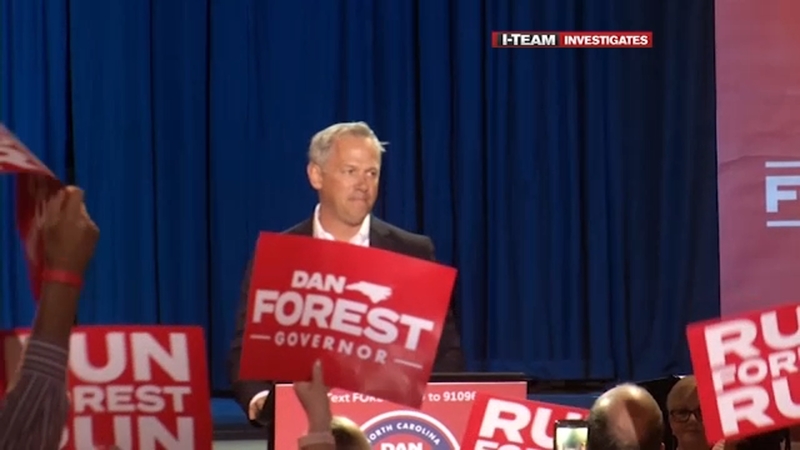 "I do think the elect-ability is in question of someone who has taken all of this money," Grange told ABC11. "If Roy Cooper does not have a competitive race, he's going to do what he can to flip the Legislature, flip the Council of State and flip judicial races. If he is the nominee, I guarantee you'll hear about it every day."
Report a correction or typo
Related topics:
politicsraleighncstate politicsgovernornc2020roy coopercampaigni teamnc primary
Copyright © 2021 WTVD-TV. All Rights Reserved.
I-TEAM
Monster.com says these are the most sought after skills for jobs in NC
Military families struggle with insurance coverage changes for autism
What are your chances of being exposed to COVID-19 at an event?
Bragg soldier returns from Afghanistan to moldy barracks, his dad says
TOP STORIES
Fort Bragg officer faces court-martial in murders of two toddlers
LATEST: Masks required for ages 2 & up at Canes home games
R. Kelly found guilty on all counts in sex trafficking trial in NYC
'I believe in it:' Many in central NC sign up for booster shot
Last week's homicides in Cumberland County still under investigation
Dreamville Fest announces dates; will require vaccine or negative test
Show More
Wilson sisters want schools to recognize Hispanic Heritage Month
Fidelity bringing another 1,500 new jobs to Research Triangle Park
Costco in Garner hiring ahead of grand opening
Unconditional release approved for Ronald Reagan's shooter
Boy refuses to take off mask in adorable school photo
More TOP STORIES News