How prepared are public safety departments for a summer spike in 911 calls? 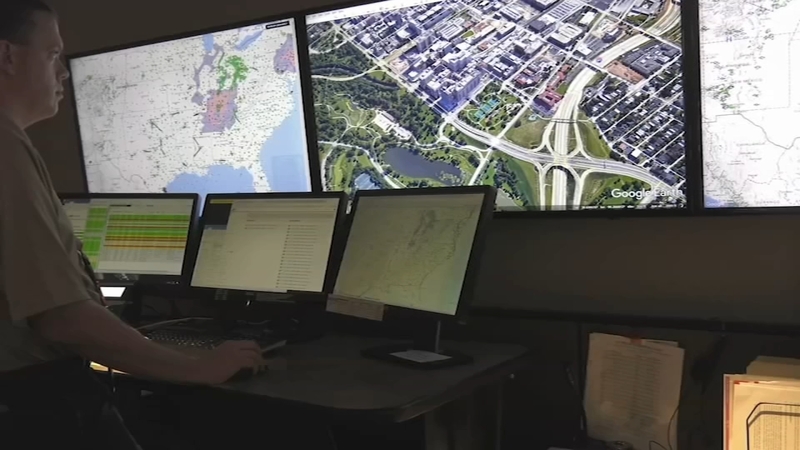 Are public safety departments prepared for summer spike in 911 calls?

RALEIGH, N.C. (WTVD) -- As summer activities ramp up, some are concerned about first responders' ability to handle an increase in calls.

"Public safety is at a crisis here," said Beth Fulks, a former 911 operator.

For years, Fulks was the voice at the other end of residents' 911 calls, but on Monday, she became one of the more than three dozen employees who have left the Wake-Raleigh Emergency Communications Center since April 2021.

The center has 42 vacant jobs; a third of its funded positions.

Fulks said that though she loved her job, she decided to quit to be able to publically bring attention to the issue and because the stress became overwhelming.

"I just felt like I couldn't do the best that I can normally do, and I didn't want to be responsible if somebody dies," she said.

The response time at Wake-Raleigh Emergency Communications Center is at the lowest in at least a year.

"Last week, my brother-in-law was trying to call for my mother-in-law and it rang 15 times before somebody answered," she remembered. "It got to the point where he looked at his phone to make sure he had actually called 911."

Response times at the Durham Emergency Communications Center have also slowly slipped throughout the year, according to city data.

The response times in Durham are still in line with where they were this time last year. Response times did drop in August to only 74% of calls getting answered within 10 seconds.

Shortages also remain a challenge in Durham. Sixty-three percent of positions are filled at the Durham Emergency Communications Center. This is slightly better than May 2021 when 56.6% of the positions were filled.

The center is already seeing a spike in calls as the weather warms up. The center fielded around 15% more calls in May than in January. The center responded to an average of 7,000 more calls a month last summer than in winter 2021.

"Now's when you get the heat strokes and drownings and, you know, things like that where minutes make a difference," Fulks said.

Last summer, the Wake EMS reached record-high call volumes and in September reached 'level zero' with no ambulances available after reaching historic records in call volumes. Last May, Wake EMS broke 10,000 calls for the first time in its history.

Call volume on the rise

Northern Wake Fire Chief Scottie Harris said his department is already seeing an uptick in calls related to heat stroke and heat exhaustion, even responding to some calls Monday morning.

"The call volume definitely increases in summer months, especially as temperatures rise when people are trying to find ways to beat the heat or get out from it. So that's a challenge in itself, as well as to our crews of a being safe out there so that we can still provide that level of service in these conditions," Harris said.

Harris said his department is only down one firefighter.

"We've been fortunate to overcome some of the struggles that some other agencies are seeing," he said.

The Raleigh Fire Department is down around 66 firefighters but currently has 56 recruits in its academy.

"Staffing-wise, it is a challenge nationwide... but that's the nature of the fire service. As we look at each other, we protect each other and we get the job done no matter what it is, but we do have resources available," Harris explained. "We're calling other departments in with us when we respond on this call. So it's not only our department responding but we've got multiple units responding from other agencies to combat."

The City of Raleigh also reported around 171 vacant police positions. It's staffing levels like this that make Fulks worry.

"It's already been difficult because response times are longer because there are not as many officers on the street and you know, they're doing the best they can't and we just run them ragged from beginning to end of their shift," Fulks said.

First-responder pay has been a hot topic throughout the city during the last few months. Many advocates believe low pay is a top factor driving vacancies in public safety positions.

"My main concern is that the people that can make a difference, don't pay attention until something really bad happens. And all it's going to take is one major event," Fulks said.