'If it gets worse, it's going to be dangerous': Vacancies grow at Raleigh 911 call center 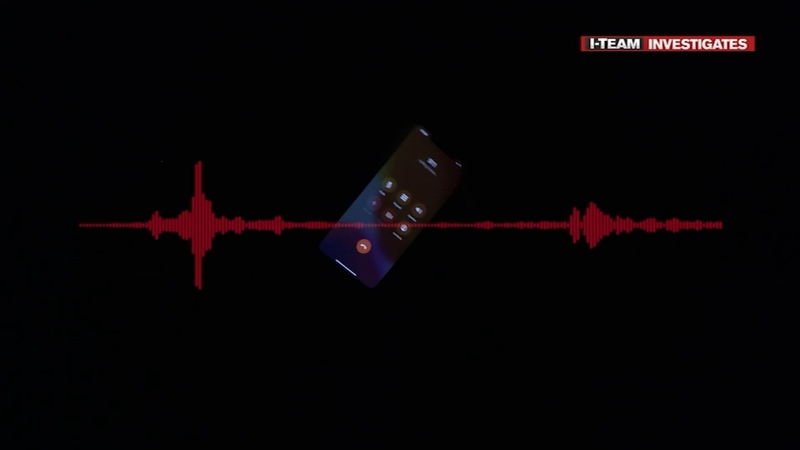 The ABC11 I-Team spoke exclusively to a current 911 operator who has worked at the Wake-Raleigh Emergency Communications Center for years.

"We're bleeding staff," the employee said. "It's going to get worse before it gets better. And I'm concerned about the citizens of Wake County and about the first responders."

The worker chooses to remain anonymous to protect their job.

The center has lost around 36 employees in the last year; 83% were due to resignations. Currently, around 30% of its budgeted positions are vacant.

"I mean, we're losing an average of like a person a week right now," the 911 operator said. "It takes six months to train somebody. So we're losing them faster than we can train them."

The Wake-Raleigh 911 Center answers emergency and non-emergency calls for four EMS agencies, eight law enforcement agencies, and 20 fire departments. The center is responsible for dispatching vital public safety assistance to over a million residents. Despite the scope of work, the starting pay in Raleigh for a telecommunicator in Raleigh is around $37,000.

"People are leaving to go to Wake Forest or they'll go to Apex. Apex only dispatches police so significantly less work for more money," the Raleigh employee explained.

This employee chooses to stay at Raleigh because they love their job, but a former Raleigh 911 operator told the I-Team they left due to the increased strain vacancies created.

"It's not sustainable to work at that rate. You get burned out. It's easy to make mistakes. I don't feel like the employees are really set up for success there. It just makes it really hard when you're getting bombarded every day after day," the former Raleigh 911 operator admitted.

The percentage of 911 calls answered within 10 seconds has fallen slightly below the state's standard of 90% in recent months. Over the last year, the center still averages answering around 91% of calls within 10 seconds. However, former and current operators worry that won't always be the case.

"There are certain days where we just can't hit that, it's not possible and the phones are ringing more. I am terrified of Fourth of July and I'm terrified of New Year's Eve this year because I don't know what the staffing levels will be at that point," the 911 operator said.

The center's inability to keep up with the area's growth is another concern of workers.

"At this point, I don't know if something major would have happened. I don't know that we have the facilities to respond to any kind of major disaster or emergency like that. I know that we would be significantly overwhelmed," the former operator said.

More than 63,000 residents have moved to Raleigh over the last decade. The emergency communications center has added around 20 positions since then but many remain unfilled.

"If it gets worse, it's going to be dangerous. I worry about people's health and safety," the Raleigh operator said.

The former employee agreed that strained staffing across all public safety departments is a concern.

"I think that everyone is doing the very best job that they can right now. But I am concerned that if things continue the way they're going that it would be a concern for response times in emergencies," the former 911 operator told ABC11.

The same day the Raleigh City Council approved a 2% wage for all employees.

The Wake-Raleigh Emergency Communications Center director said in a statement that he believes the proposed salary increase will help attract and retain employees.

"Additionally, the salary increase will help attract new applicants, including lateral candidates with experience. We are grateful to the City Manager and Council for their efforts to ensure that salaries are competitive," the director wrote in a statement.

He also acknowledged the challenges the center is facing and pointed to similar difficulties felt at 911 centers across the country.

Rick Armstrong is the vice president of Teamsters Local 391 which represents Raleigh police officers. He said the recent increase is not close to what employees need.

He said officers tell him that pay is the top reason they are leaving the Raleigh Police Department. Currently, the city is short around 168 officers.

"Safety should be the number one priority for the City of Raleigh. They need to address it. Clearly, the community that publicly is at risk if they do not address this retention problem," he said.

Raleigh leaders are still working to finalize a budget for next year. City Council is expected to release its plan next month. During Tuesday's city council meeting multiple members expressed the need to raise wages for multiple departments higher than 2%.