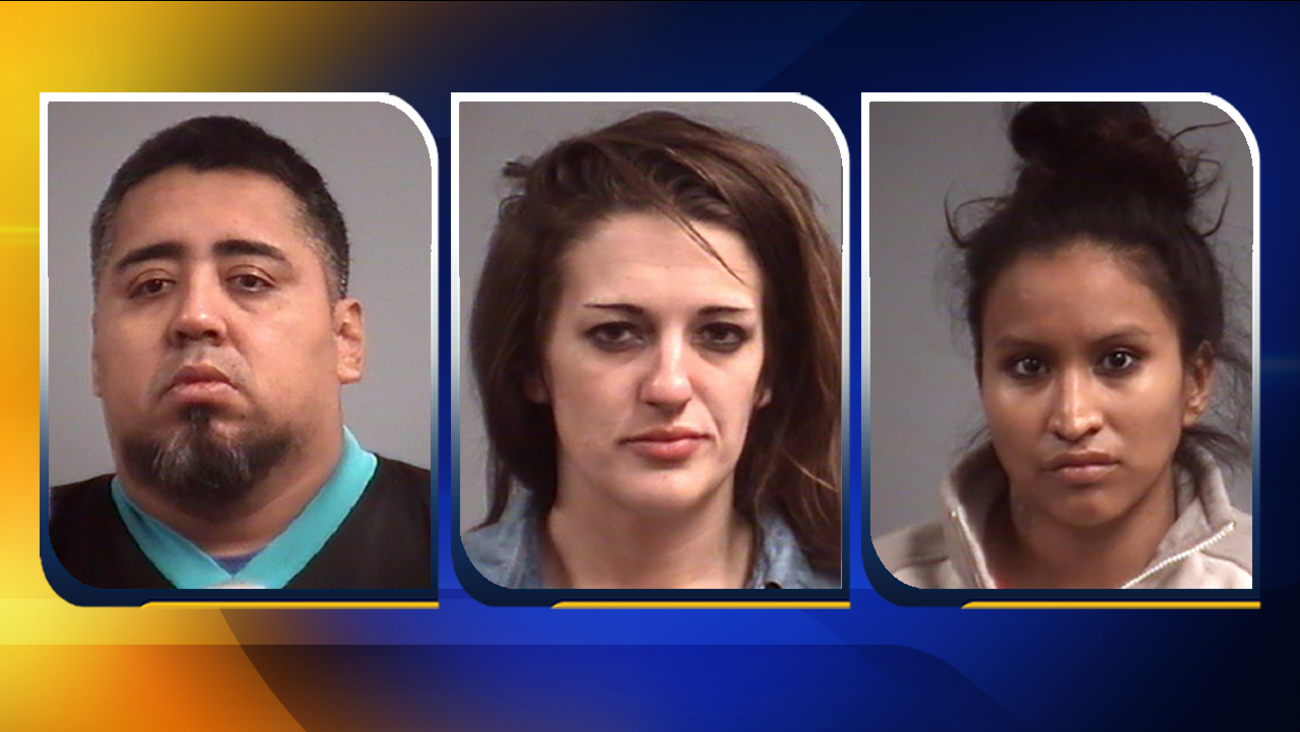 SANFORD, North Carolina (WTVD) -- A multi-agency investigation that began in 2015 has culminated in the arrest of three people and the seizure of nearly 1,000 grams of methamphetamine.

From December 2016 until January 19, undercover agents purchased approximately 260 grams from Arturo Morales-Pena of Broadway, and a co-conspirator, Felicia Laurin McNeill of Sanford, according to Sanford Police.

Mayra Alexandra Ramirez, 24, of the 500 block of Forrest Ridge Drive, was also charged with one count of conspiracy to traffic methamphetamine.