Authorities search for murder suspect on the run after 4 shot, 2 killed in Wilson County 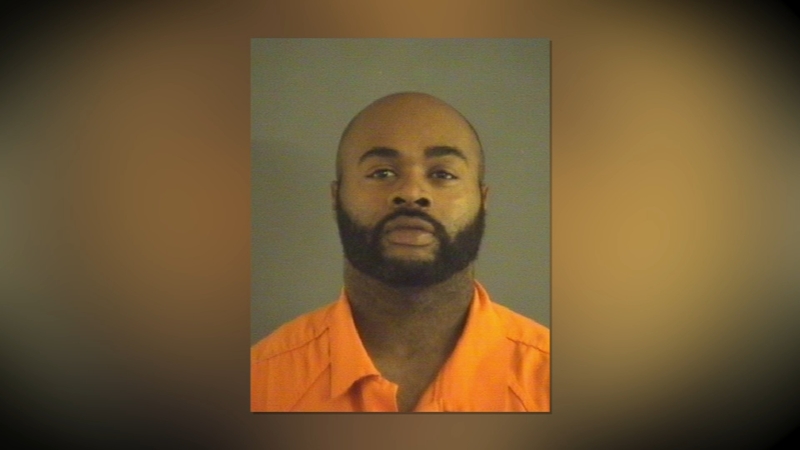 4 shot, 2 killed in Wilson County; manhunt on for suspect

WILSON, N.C. (WTVD) -- The Wilson County Sheriff's Office is searching for a man wanted in connection with shooting four people, killing two of them Tuesday.

The suspect is Adrian Tynrell Horne, 43. He is described as 5'11, 220 pounds, last seen wearing a white hoodie. He was last seen on Otter Creek Road, just inside Edgecombe County where he was spotted getting into a 2000s model, Champagne-colored GMC Yukon with black rims.

Horne, whose last known address is 3075 South Fountain Road in Macclesfield has active warrants for two counts of first-degree murder.

The sheriff's office said deputies responding to a call in the 3500 block of London Church Road found a man dead at the scene and two women who had gunshot wounds.

The female gunshot victims were taken to a hospital.

The sheriff's office said Horne was then seen leaving the area in a black Buick with a female passenger and an 8-month-old baby.

The Buick was later found in Edgecombe County near Cedar Creek Lane and Otter Creek Road. The female passenger was dead, the Edgecombe County Sheriff's Office said. The baby was taken to a hospital for evaluation.

The Highway Patrol is assisting Edgecombe and Wilson deputies in the search for Horne. Anyone with information on his whereabouts should contact the Wilson County Sheriff's Office immediately at (252) 237-2118.