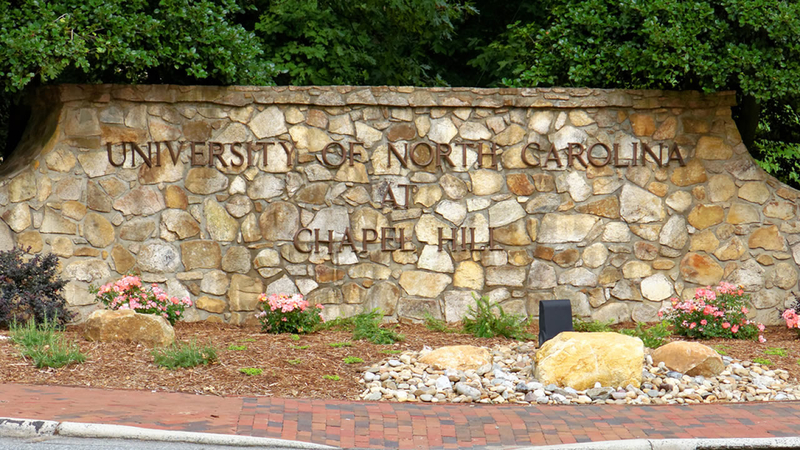 CHAPEL HILL, N.C. (WTVD) -- A person was arrested at UNC-Chapel Hill with multiple guns inside their car.

The arrest happened in the Campus Health parking lot. Police said they approached the person in the parking lot and noticed multiple guns in the vehicle.

"Early Tuesday morning, a UNC Hospitals Police officer (part of UNC Health) observed an armed person sitting in a vehicle near the back of the hospital and UNC-CH Campus Health in Chapel Hill." a spokesperson for UNC Rex said. "This person was acting strangely and was detained by UNC Hospital Police, then, taken into custody by UNC Campus Police."

The person was arrested "without any complications," the spokesperson added.

An alert was sent to the UNC community that told people to report any suspicious activity to UNC Police by calling 911.

Per N.C. General Statute 14.269.2(b) and (b1), it's a felony to possess or carry any firearm on any University campus. Citizens with a concealed handgun permit may have their firearm in a closed compartment or container in their locked vehicle.

The suspect was found to be in possession of several firearms.