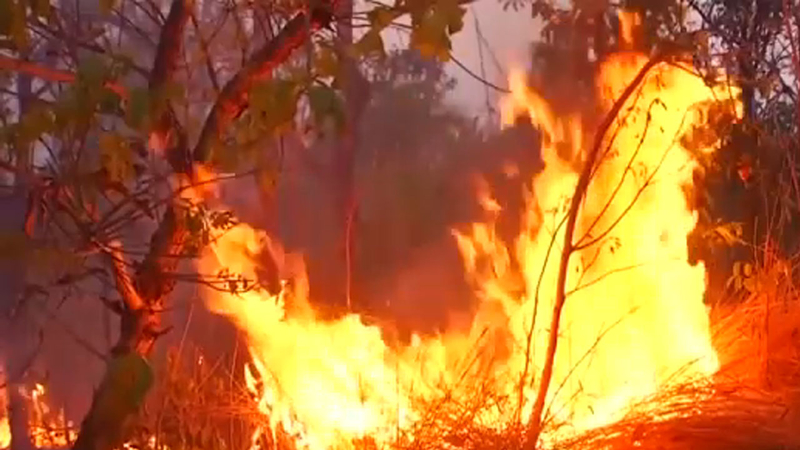 Wildfires are burning at a record rate in Brazil's Amazon rainforest, creating a plume of smoke so large that it can be seen from space.

A government monitoring agency said Brazil has seen a record number of wildfires this year, counting 74,155 as of Tuesday. That's up 84 percent over the same period last year.

NASA's Earth Observatory released satellite photographs taken earlier this month showing smoke from the fires in the air over the Brazilian states of Rondnia, Amazonas, Pará and Mato Grosso.

According to NASA, the fire season in the region usually peaks in early September and ends by November.

Brazilian President Jair Bolsonaro has suggested without citing any evidence that non-governmental organizations could be to blame for the fires. Bolsonaro said Wednesday that nonprofits whose budgets have been cut may be setting fires "to draw attention against me, against the government of Brazil."

Some NGOs blame Bolsonaro's pro-development policies for a reportedly sharp increase in Amazon deforestation and the government has faced international pressure to protect the vast rainforest from illegal logging or mining activities.