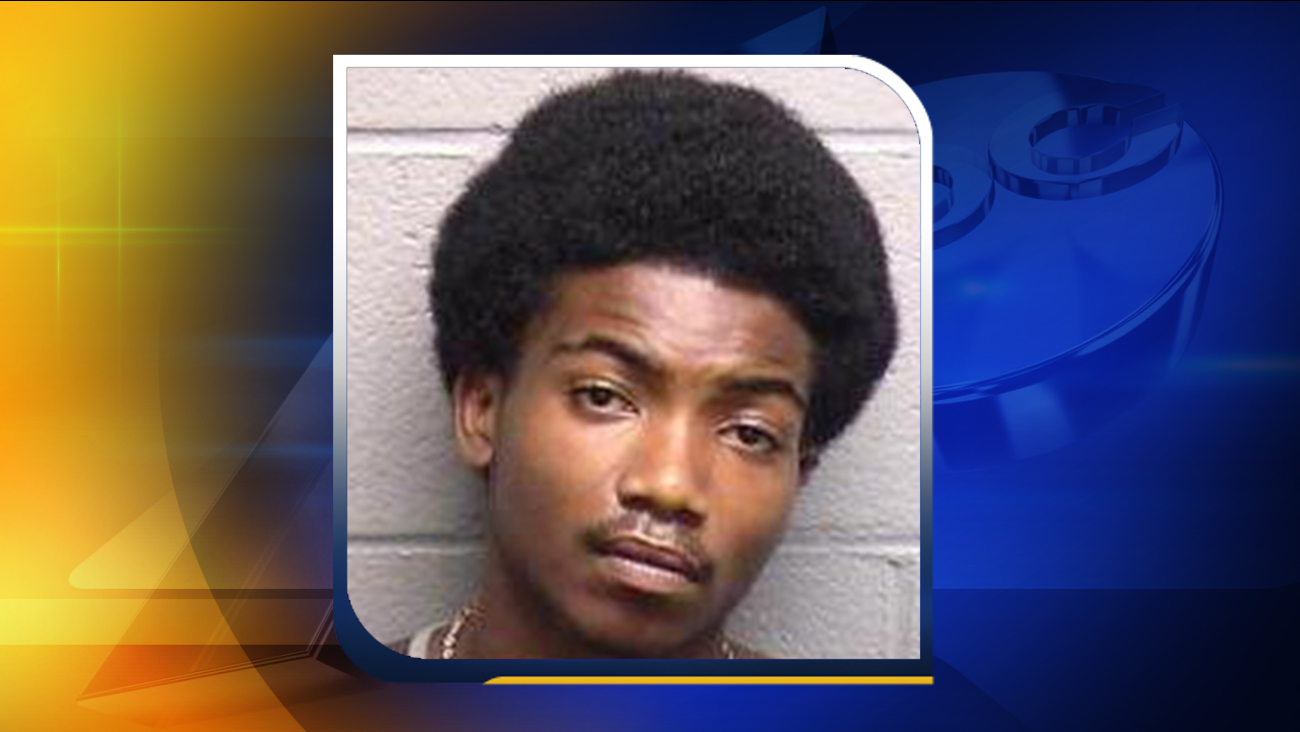 DURHAM, North Carolina (WTVD) -- A Durham man was arrested Sunday afternoon and charged with robbing a man at gunpoint in a bathroom at Burlington Coat Factory.

Around 1:30 p.m., Durham police were called to the 3000 block of North Roxboro Street after reports of an armed robbery.

The 28-year-old victim told officers he was in the bathroom when a man wearing a black bandana over his face approached him and stuck an object against his torso.

He said the man then pointed a gun at his head and took money from his wallet.

The suspect also allegedly pointed a gun at a manager of the business.

Officers were given a description of the suspect and found him behind a building on Pickwick Trail.

Matthew James Thomas, 20, was arrested and charged with robbery with a dangerous weapon and assault with a deadly weapon.