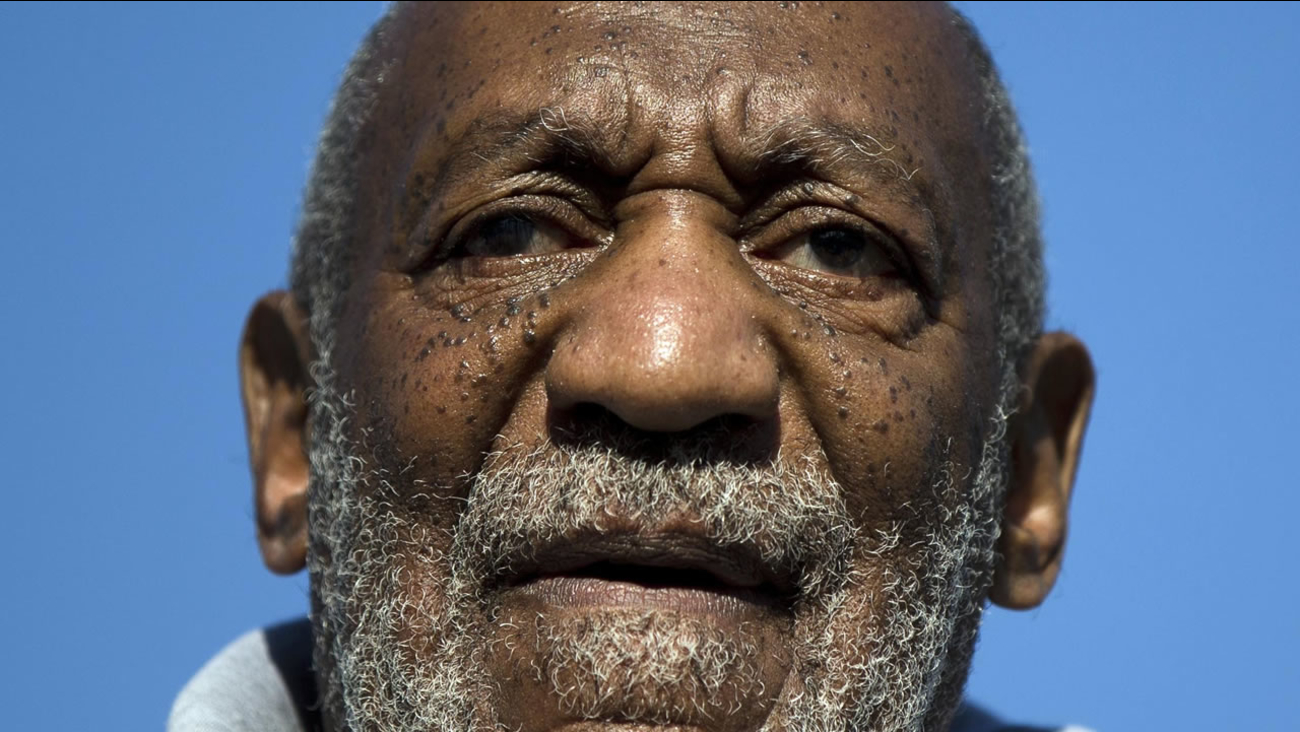 Entertainer and Navy veteran Bill Cosby speaks during a Veterans Day ceremony, at The All Wars Memorial to Colored Soldiers and Sailors in Philadelphia. (Matt Rourke, File)

LOS ANGELES -- Bill Cosby was not at a Playboy Mansion party the night a model accuses him of drugging and sexually assaulting her, his lawyer said Friday.

"The party took place on Aug. 9, 2008. Mr. Cosby was in New York on that date. We will be providing documentary evidence to the appropriate authorities which conclusively establishes Mr. Cosby's whereabouts on August 9th and for the preceding and succeeding days," Cosby's attorney Martin Singer said in a statement.

The response comes after model Chloe Goins leveled accusations of sexual assault against the comedian. On Wednesday, the 24-year-old met with Los Angeles police detectives to give her official statement. LAPD cannot legally discuss what occurred inside police headquarters.

Goins' attorney Spencer Kuvin said his client was 18 when she accepted a drink from Cosby at the "Midsummer Night's Party" at the Playboy Mansion. She claims she blacked out and woke up naked in bed next to Cosby, who was licking his toes with his pants down and touching himself.

More than 15 women have accused Cosby of drugging them and sexual abuse. Kuvin said Goins' case is different because the incident falls within the statute of limitations in California and Cosby could be charged.

In response to Singer's statement, Kuvin questioned whether Cosby was at the mansion that summer. "We look forward to seeing this alleged proof," Kuvin wrote in an email to the Associated Press.