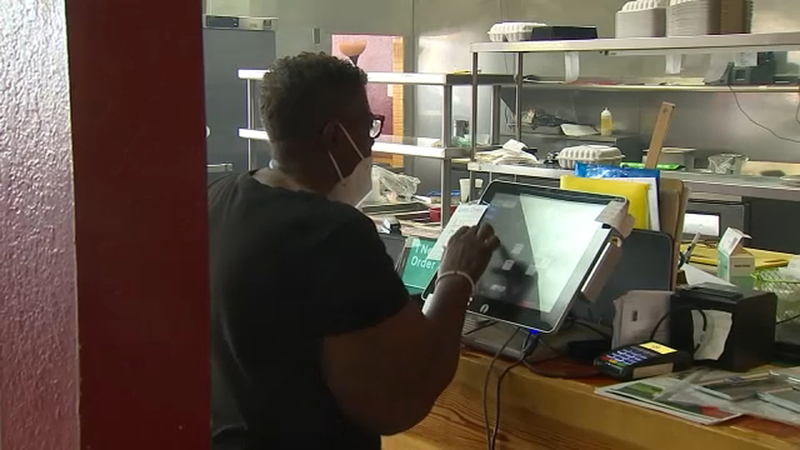 DURHAM, N.C. (WTVD) -- Blackout Day 2020 is a movement on July 7 urging people--specifically people of color--not to spend any money, except at Black-owned businesses.

According Nielsen, Black spending power in the United States is $1.2 trillion a year; economists say overall US spending is around $35 trillion.

Nielsen researchers say companies wanting to grow their market share should appeal to the Black consumer.

Tuesday's Blackout Day 2020 is a call to action: an economic protest uniting Black people with their wealth.

"The community is trying to make a statement that the Black dollar matters," said McKoy.

At Zwelis Restaurant in Durham, co-owner Yolanda Bailey said during the pandemic she has averaged no more than five customers per day.

However, she said because of Blackout Day, her business more than tripled on Tuesday.

"I'm very thankful because it has really been slow," Bailey said. "Thanks so much to everybody supporting us."

Blackout Day 2020 is a not a new movement in fighting against systemic racism, but rather the latest in a history of economic demonstrations.

For example, the 1955 Montgomery Bus Boycott changed history and helped launch the fight for Civil Rights, when majority Black riders on the city's bus system stopped taking the bus in protest of segregated seating. The movement lasted more than a year, dropping the city's revenue and leading to desegregated seating.

"I think for this to work and really be sustainable over time, for us to really see the economic change that we want to see, there will have to be something much more foundational, meaning there's going to need to be Black businesses represented in where the consumer dollar goes," McKoy said.

Economists said the support of Black-owned businesses would need to be consistent and longterm from all people, but that Blackout Day is a first step in encouraging white allies to participate in the movement.

There are a couple large-scale events in the coming weeks to offering support to Black-owned small businesses.

The Black Flea Market is taking place July 19 at the Loading Dock at 1053 East Whitaker Mill Road in Raleigh from 2-6 p.m.