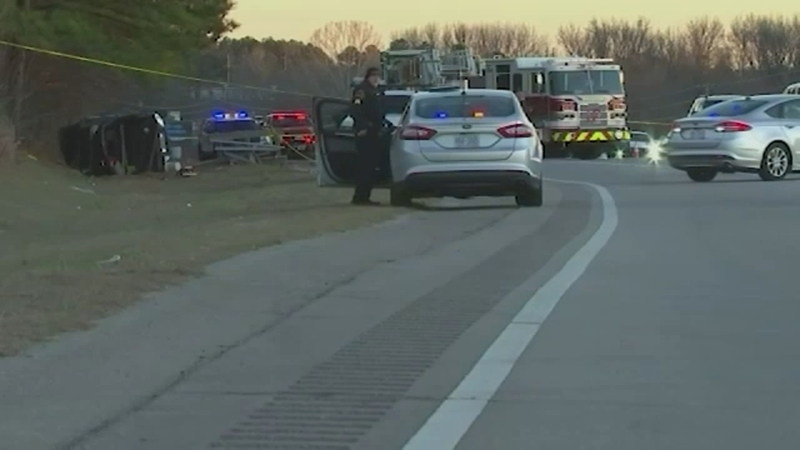 RALEIGH, N.C. (WTVD) -- When Raleigh police officers first strapped on body cameras back in 2018, community activists celebrated the move as a win for transparency and police accountability. But there was mixed reaction Wednesday to the result of the city's latest high-profile body camera hearing. Two different cases. Two different results. And RPD's argument in each case is not sitting well with some.

"They didn't find anything in my home. They didn't find no money. No drugs. No nothing. I never got an apology," said Yolanda Irving, a mother and Wake school bus driver, who tearfully recalled the moments the department's Selective Enforcement Unit raided her east Raleigh home; pointing rifles and ransacking the house -- only to find out more than an hour later that the search warrant had the wrong address.

Irving and her next-door neighbor Kenya Walton, whose teenage son was chased and handcuffed in the wrongful raid, wanted the bodycam footage released.

"I'm angry. I'm angry," Walton told ABC11 after the decision came down from a Wake County Superior Court judge. "Because at the end of the day, I'm pretty sure if it was their kids or any one of their family members, they would push the issue for the videos to be released."

Minutes after the judge blocked the public release of the raid video, RPD then argued in favor of the public release of the fatal police shooting of Daniel Turcios on the Raleigh Beltline last month. The department's attorney, Sherita Walton, seemed to make a transparency distinction between the non-fatal encounter at Yolanda Irving's home and the deadly incident on the highway.

There is in those (fatal) cases, and that's seen across the nation, a significant compelling interest in fostering transparency with those kinds of cases," Walton argued.

Raleigh activists decry the result of the latest high-profile hearing over the public release of RPD body camera videos. A judge blocking the release of a wrongful raid at woman’s home and allowing the release of the deadly police shooting of Daniel Turcios • At 11 #abc11 pic.twitter.com/LOd3EPINoI

Dawn Blagrove, a criminal justice reform activist and executive director of Emancipate NC, said, "These two rulings are contradictory. They make no sense."

She was pleased the Turcios videos are going public. But she said the release of the wrongful raid video would have helped the public better understand the breakdown in trust between so many people of color and the police.

"Because if we saw more of these kinds of mistakes from law enforcement, and there was more light shined on that, maybe we wouldn't have to watch so many videos of fathers being murdered by law enforcement," said Blagrove.