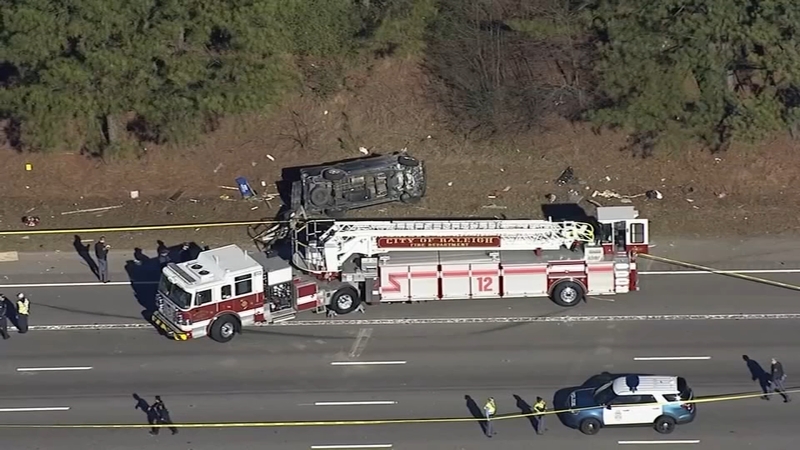 Judge grants release of body camera video in I-440 shooting

RALEIGH, N.C. (WTVD) -- Raleigh Police will soon be releasing body camera videos soon of an incident last month where a father of three was shot and killed by police after he ignored commands and struggled with officers last month.

A judge supported and granted the release during a court hearing Wednesday.

RPD said it will not release the videos on Wednesday, however.

Daniel Turcios was shot and killed by police on the side of I-440 last month.

A 911 caller said Turcios was drunk. The family of the 43-year-old Turcios disputes that claim.

They also said officers should have de-escalated the situation instead of shooing him. However, officers did use a Taser on him. When Turcios recovered from the Taser strike, he rose from the ground and lunged at officers. That's when he was shot.

In virtual court on Wednesday, Judge George Collins shared what has not been shown to the public.

"The videos have been altered in some way. Let me tell you what the alterations are: None have been edited in length. Nothing has been cut out. At one point, the graphic images of the deceased's face have been blurred. A small child was present; her face has been blurred," said Collins, who also told the court that personal information about eyewitnesses given verbally at the scene would be muted.

Once released, we'll see dash cam video and the body camera videos from the officers.

The videos will show what led up to the shooting, the shooting itself, and the aftermath.

The SBI is still investigating.

The district attorney said in court all the key interviews in the case have been completed.

A representative for the family told ABC 11 that they will wait to respond publicly until after the videos are released.

Activists told ABC11 that they are pleased with the court's decision.