'Killed like a dog': Family of man shot by officers on I-440 demands transparency, answers 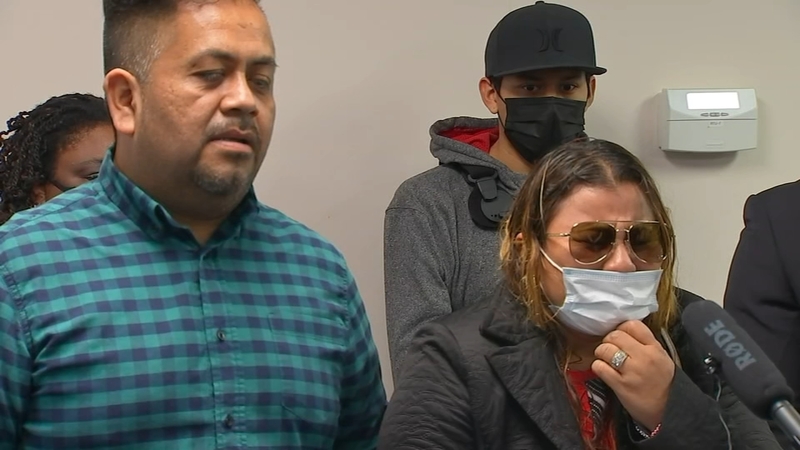 Family of man shot by officers on I-440 demands answers

RALEIGH, N.C. (WTVD) -- The family of the man killed by police on the side of Interstate 440 said Tuesday he should not have been killed.

The press conference took place a day before Raleigh Police Department will release the five-day report detailing the deadly incident.

Daniel Turcios, a husband and father of three boys, was shot and killed by police in the early afternoon of January 11. It happened after he was involved in a crash on I-440 between New Bern Avenue and Brentwood Road.

"He was killed like a dog. They didn't care about him." Turcios' wife said through a translator at Tuesday's press conference.

Police said they arrived at the crash site and found Turcios holding a knife. They said he refused to comply with officers' orders and was shot when he swung the knife at officers trying to arrest him.

Turcios' family and activists said they chose to speak up Tuesday because they didn't want Raleigh Police Department to continue creating a false narrative about Turcios.

WARNING: A video shown during this press conference is graphic in nature and may not be suitable for all viewers.

They said English is Turcios' second language and he was disoriented from being knocked unconscious in the car crash. Police previously said they believed Turcios to be intoxicated; at the news conference, the group initially said they did not wish to comment on speculation about alcohol, but then later said Turcios had not been drinking that day.

At the Tuesday news conference, the group showed anonymous video footage previously unreleased to the public. The group said the video showed police shooting Turcios multiple times after he was no longer a threat.

The group also said the knife Turcios had in his possession was a pocket knife. They accused police of crafting the narrative around Turcios' knife to make him out to be a threat when he was not.

"If I pulled out a knife...and the other person pulled out a gun and shot me...they'd go to prison," Emancipate NC attorney Dawn Blagrove said.

SEE ALSO: Questions arise at vigil for man killed on I-440 by Raleigh police

The entire case remains under investigation. The officer who killed Turcios is on administrative leave pending the conclusion of the investigation.