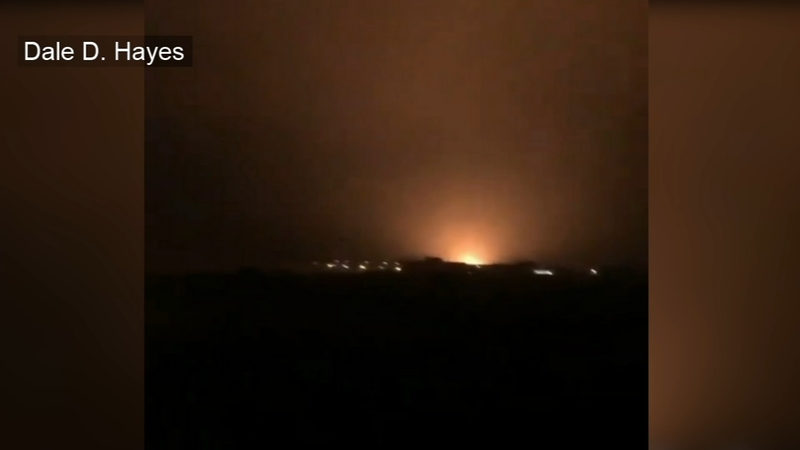 OAK ISLAND, N.C. (WTVD) -- Hurricane Isaias was an eventful storm in Brunswick County, where huge fires broke out and at least several people and a pet were rescued.

Crews responded to multiple house fires on Ocean Isle Beach after Hurricane Isaias made landfall. The cause of the fires are unknown but Mayor Debbie Smith said no one was inside the homes. The beach was closed to traffic as multiple fire departments responded.

Four adults, five children and a dog were rescued in nearby Oak Island. "Safely loaded in our MRAP and taken to safety!" a tweet from Brunswick Sherrif's Office read.