After burglary, victimized Cary mom: `I feel like I was targeted' 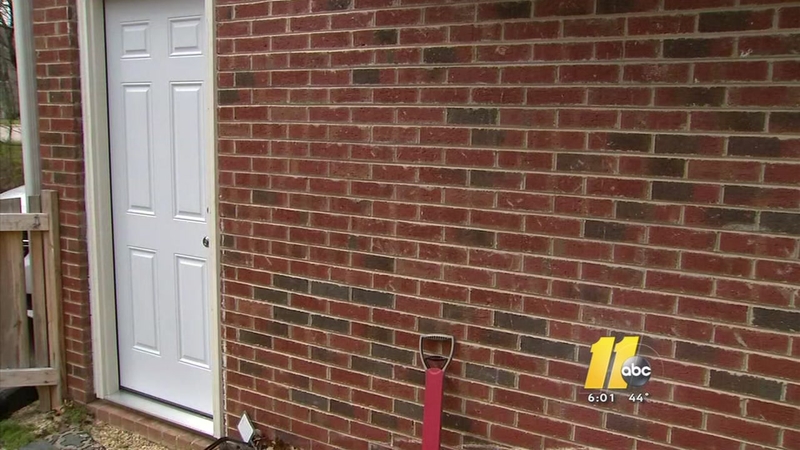 CARY, NC (WTVD) -- A string of forced entry break-ins in Cary has prompted police to ask for the public's help "Right now, the thing we need is a break," said Captain Randall Rhyne. Rhyne serves as the captain for the Town of Cary's criminal investigations division within the police force.

"We're looking for eyes in the community," Rhyne said. "So we're asking for the community to call us with any suspicious activity that you see. Whether you have someone at your door questioning some type of services or you see suspicious cars or anything that you see that isn't normal in your neighborhood, please give us a call."

Via Nextdoor, the police department said at least 10 homes have been bugarlized since early-to-mid January. In each instance, the suspects have forced their way into the home by entering through a back door or a window. The burglaries have also occurred during the late afternoon to early evening hours and often when homeowners have been at dinner.

The home of a Cary family of 3 was recently victimized. The mother did not want her or her family identified. She spoke exclusively with ABC11 Thursday. She was at home with their 3-month-old daughter when she received a call to meet her husband for dinner. She got dressed and tucked the couple's daughter into the car and drove off. Minutes later, their home was burglarized.

ALL NEW AT 6: Hear from a Cary mom whose home was burglarized last week when the family was enjoying dinner at a nearby restaurant. #ABC11 pic.twitter.com/lLs3SKbDpW

"There's always a fear in the back of your mind that could happen again. Especially the feeling that you were personally attacked because someone was in your space, in your home," she said. "This is a safe place where I feel safe with my family and I want my daughter to feel safe."

Once inside the home, the suspects made their way to the couple's bedroom and helped themselves to cash, jewelry, and other family heirlooms. The couple has a Nest security system installed inside the home that would have caught the thieves on camera. However, they realized the system was turned off when they returned to the home. They plan on installing extra security to prevent being victimized again.