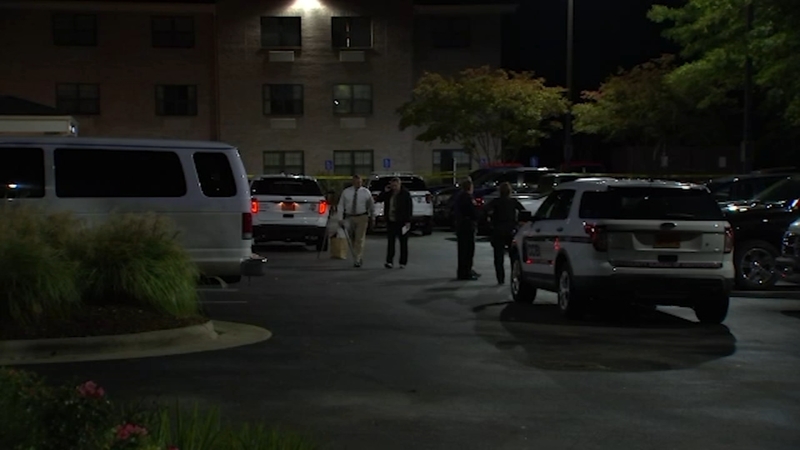 CARY, N.C. (WTVD) -- A man is dead and a woman is injured after a Thursday night shooting at an Extended Stay America hotel in Cary.

Cary police said they received a call to the 1500 block of Regency Parkway just after 7:40 p.m., where an attendant at the hotel told police that someone fired a gun inside a hotel room.

When police arrived, they found 39-year-old Kerry Keaton dead in the hotel parking lot from an apparent self-inflicted gunshot wound.

Police also found 44-year-old Shanta Pollard Shermeker who suffered from life-threatening injuries from a gunshot wound and was immediately taken to WakeMed Raleigh.

Cary police said Keaton and Shermeker were in a long-term romantic relationship.