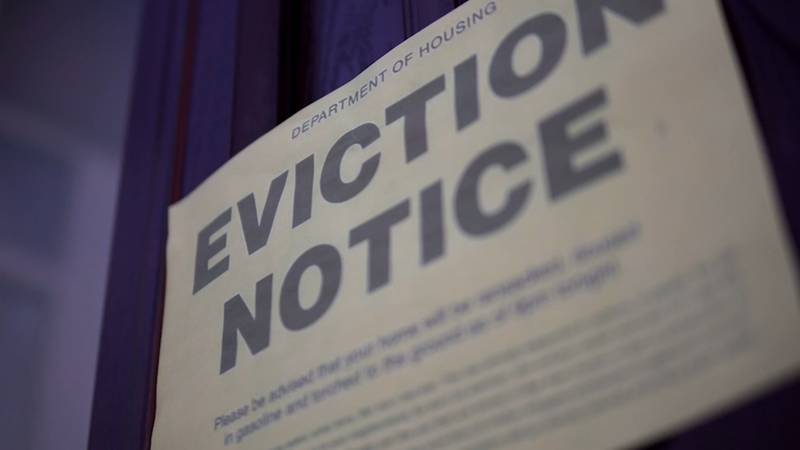 RALEIGH, N.C. (WTVD) -- Governor Roy Cooper's office, Wednesday, said his Executive Order trumps the federal ruling in DC., stating the state moratorium on evictions will remain in effect until the end on June 30.

The current federal eviction moratorium was scheduled to end on June 30. It is unclear what will happen now. The Justice Department is appealing a similar ruling in Texas.

The ruling from Judge Dabney Friedrich, a Trump-appointed judge, says the Public Health Service Act does not give CDC the legal authority to impose the moratorium, which was first issued last year.
EMBED More News Videos

President Joe Biden extended a moratorium on evictions, along with signing a series of executive orders from the Oval Office hours after his inauguration.

Section 5 of Cooper's order states if any court without jurisdiction over North Carolina blocks or modifies the CDC order, his executive action remains in effect.

What also remains is the housing insecurity wrought by the pandemic. According to data collected by the Center on Budget and Policy Priorities from late March, nearly 11 million Americans are behind on their rent; 15% of adult renters.

Jaime Paulen, an Orange County attorney who represented several distressed Triangle renters through the pandemic, worries that even if state protections hold up until the end of June, the eviction floodgates will come open soon.

"It took so long for a lot of that stimulus money to finally get to people. So, the inability of a landlord to be able to force you out during a pandemic was lifesaving for people," Paulen said. "Now that it has been so long that people have been behind and unable to pay their rent, it's so much money that many people are never going to be able to pay."