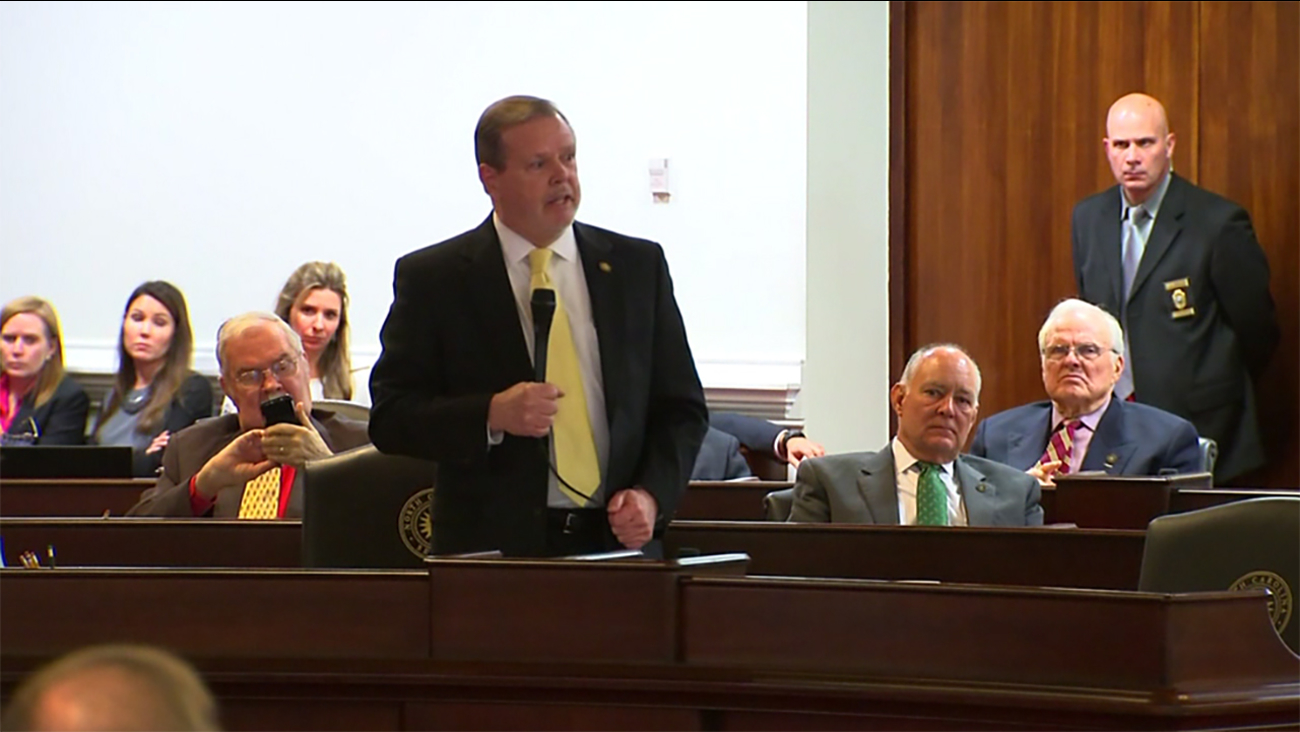 In a shocking move, lawmakers were unable to come to an agreement on repealing the controversial so-called "bathroom law," and adjourned the special session soon after a vote on repeal failed in the Senate.

The special session was announced earlier this week by Governor-elect Roy Cooper who said that legislators would meet this week to pass a full repeal of HB2 in what appeared to be a compromise between Democrats and Republicans.

At a news conference after the special session ended, Cooper lashed out at Republicans, saying "the legislature had a chance to do the right thing for North Carolina today, and they failed."

"As promised, I called a Special Session to reconsider a manufactured political issue that strategically targeted the city of Charlotte and our state by well-funded left-wing interest groups. This was at least the third time that pressure from the left sabotaged bipartisan good faith agreements for political purposes," McCrory said.

The deal fell apart when the GOP added a six-month moratorium on cities passing nondiscrimination ordinances for LGBT people. That caused Democrats to back away, calling it only a partial repeal.

However, Republicans went into Wednesday's special session deeply divided, spending the bulk of the day meeting behind closed doors.

The North Carolina Senate failed to pass their bill that would have repealed HB2 on its first reading. HB2's fate is now in limbo since the special session is over. The General Assembly is back in session on Jan. 11.

"This wasn't the deal," said Sen. Jeff Jackson, a Charlotte Democrat. "This bill breaks this deal. Charlotte would have not repealed its ordinance if this was the deal."

The Senate vote was taken after legislators agreed to split Senate Bill 4 into two pieces: one, a straight up or down vote on HB2, and then a separate vote on a so-called "cooling off period."

Republicans first proposed a 6 month ban for any municipality passing their own anti-discrimination ordinances, the so called "cooling-off" period has now been extended to the entire duration of the 2017 legislative session plus 30 days.

The proposed bill defines the cooling-off period as:

"Cooling-Off Period. - No local government in this State may enact or amend an ordinance regulating employment practices or regulating public accommodations or access to restrooms, showers, or changing facilities."

The move was quickly condemned by Democrats who accused the Republicans of a bait and switch. Opening the Senate, Sen. Phil Berger (R) called the bill an "opportunity to start over," adding "You don't usually get that chance."

During the ongoing debate on the Senate floor Sen. Jane Smith (D) questioned the intent of the cooling off period, saying: "We don't know what the consequences of this moratorium will be."

Today's frantic special session followed a night of confusion after it was revealed that two parts of Charlotte's non-discrimination ordinance still stood - which could have put a deal to repeal House Bill 2 in jeopardy.

Charlotte City Council met in an emergency session Wednesday morning and voted to repeal all of the ordinance. Council members said at the meeting that it was not their intention to try to pull a fast one on the General Assembly.

There were three parts to the city's ordinance. The first two parts dealt with discrimination policies for passenger-for-hire vehicles and city contractors. The third part involved public accommodations, including bathrooms.

A city council member said Tuesday the other two sections of the ordinance weren't repealed simply because they weren't preempted by HB2.

Repeal of #HB2 needs bipartisan support. Assuming all 46 @nchousedems show up & vote, at least 15 (of 74) @NCHouseGOP must join. @ABC11_WTVD pic.twitter.com/Zq6tKWxAVO

The emergency meeting came just an hour before the General Assembly special session to repeal HB2.

"The issue is communication and understanding what's been repealed and are the right pieces rescinded," Republican State Sen. Jeff Tarte said.

Tarte said it was frustrating the entire ordinance wasn't eliminated. He said that may lead to longer discussion but he still predicts HB2 will ultimately be repealed.
"I can't imagine that that would be the issue we stub our toe on," he said.

Tarte is in favor of repealing HB2.
An announcement put out by the city of Charlotte about repealing their controversial ordinance earlier this week did not mention anything about a partial rollback.

Late Tuesday evening, Charlotte City Council member Ed Driggs said, "There are media reports tonight that contend that the action Charlotte took yesterday to remove its non-discrimination ordinance only removed part of the ordinance and intentionally left other parts in place. The City Council acted in good faith to do everything that it understood was necessary to facilitate the repeal of HB2.

"There was no effort on the part of the Council to preserve or protect any portion of the City Code that was in conflict with that understanding," he added. "If the General Assembly needs us to consider doing more, we ask for a clear explanation of exactly what that entails. If necessary, Charlotte City Council will act to address any unintended omissions from the ordinance it passed on Monday."