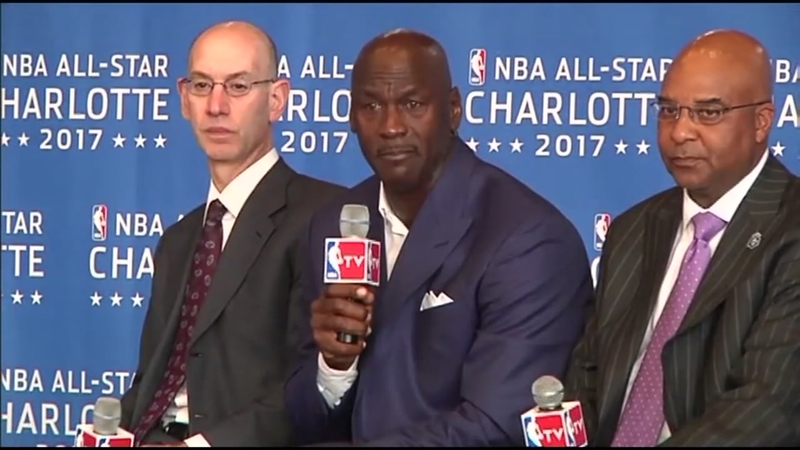 CHARLOTTE, N.C. (WTVD) -- It took a lot to get Charlotte back where it is right now: the center of the NBA universe.

Back in 2016, the uproar began when the Charlotte City Council passed the first non-discrimination ordinance of its kind in North Carolina that, among many things, allowed transgender people to use either men's or women's bathrooms, depending on their gender identity.

That set off a domino effect that the NBA helped settle.

"I think about which businesses bullied North Carolina over the freedom to conduct business as they choose," said Tami Fitzgerald, the executive director of NC Values Coalition.

This social conservative wants nothing to do with NBA All-Star weekend. After the fight over House Bill 2, Fitzgerald is done with the NBA.

From Charlotte to Raleigh - North Carolina had concerts, conferences, and corporations refuse to do business here until the state repealed HB2, a Republican-backed measure to reverse Charlotte's ordinance which extended legal protections to gay, lesbian and transgender people.

Johnson is in Charlotte this weekend, grateful to the NBA for taking a stand against HB2 -- canceling the 2017 All-Star game here until the so-called "bathroom bill" was flushed.

The NBA's stance fueled a flood of corporate pressure that ultimately led state lawmakers to strip HB2 of any language about bathrooms and gender identity.

"Having a business speak out for what's right was absolutely fundamental and incredible and I think a game-changer for the state," Johnson said.

That game-changing move brought the All-Star game back to the Queen City. NBA pros, past and present, are everywhere -- including Hall of Famer Dikembe Mutombo who has often used his celebrity to affect social change.