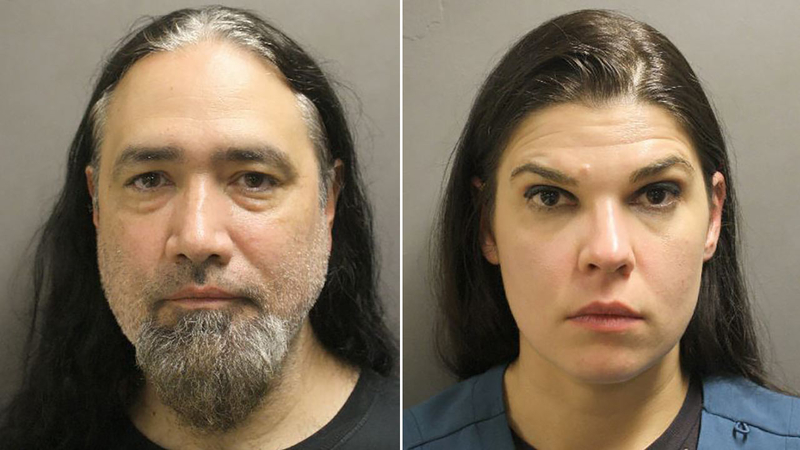 SPRING, Texas -- A couple is charged after authorities say they left their 11-year-old daughter alone at a home in Texas for a day and a half while they traveled to a concert in Detroit.

John Michael Guerrero, Jr. and Virginia Yearnd are both charged with abandoning a child.

On Aug. 23, authorities say that the child's great aunt called deputies after speaking to the girl on the phone who then told her she was home alone.

The girl said that her parents left the day before, on Aug. 22., to go to Detroit to see the band Godflesh.

When deputies went to the house, they found the child cooking food on the stove. She told officials that she tried to call her parents but only got their voicemail.

Deputies say they tried to call her parents for over an hour. Guerrero never answered or returned a phone call.

Yearnd later called back and told deputies she was in Louisiana.

According to court documents, she later admitted to being in Detroit for the show and claimed that her sister was supposed to come check on her daughter.

However, the girl told deputies that no one told her to call the sister and she didn't have any information on who to contact if she needed anything, court records show.

She told authorities this wasn't the first time she was left alone. She also didn't expect her parents to return until midnight on Aug. 24.

The girl was released into the custody of a neighbor.