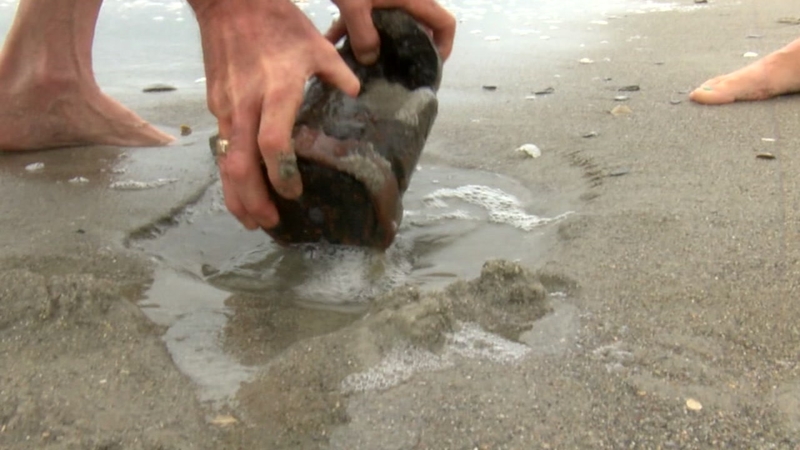 KURE BEACH, N.C. (WTVD) -- Kerry and Patti Belanger's walk on the beach ended with a knock on the door from the bomb squad.

The couple set out on a hunt for seashells on Kure Beach and soon discovered a live Civil War-era munition.

"I looked down into about 6 inches of water and I thought, 'What is that?'" Patti Belanger told ABC affiliate WWAY-TV. "It literally looked like a big bullet."

It was too heavy for Patti to carry, so Kerry threw it over his shoulder and they took it home.

"We put that out there and immediately the hits started coming," Patti said.

"I was sitting in my chair reading a book and I heard a voice behind me say, 'Hi, are you the lady with the bomb?'" Patti recalled. "I hopped up and said 'yes it's right over here.'"

The bomb squad showed up, and the New Hanover County Sheriff's Office determined the mystery munition was a Union Army 20-pound Parrott Round from the Civil War.

Deputies removed it and discharged it.