WTVD
By Diane Wilson
KENLY, N.C. (WTVD) -- Hundreds of bikers and community members gathered in Kenly to honor the late Cannon Hinnant, a 5-year-old who was shot and killed in Wilson.

The ride started along 2101 E. Elm Street in Goldsboro, with the group gathering sometime around 2 p.m. at the Big Boy's Truck Stop at 595 Bagley Road.

On Saturday, the group also held an all-day softball event in the child's name. The family says every dollar will go towards justice for Cannon.

Some participants at the event wore shirts that read, "I can't ride | All Lives Matter"

Bonnie Waddell, the mother of Cannon, tells ABC11 that she plans to celebrate Cannon's life at the Wilson fairgrounds on Sept. 26.

"He was the only mama's boy I ever had and took that away from me. I wish it would have been me instead. I don't understand why my child, or why he would do this to anybody for that matter, it's a why that will never get answered," Waddell said.

On Wednesday, a candlelight vigil was held in Kenly and Goldsboro. 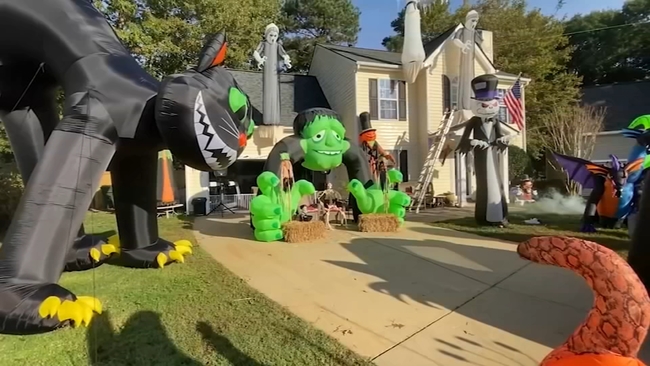