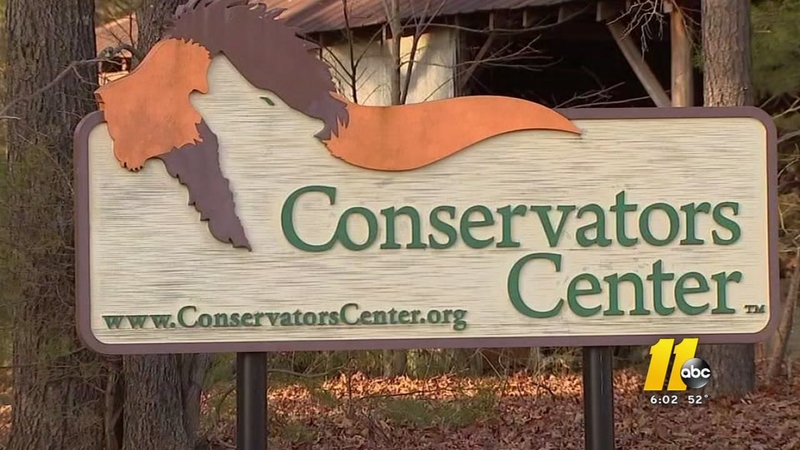 A quick online search found that there are at least 24 wild animal sanctuaries in North Carolina. It's hard to pinpoint an exact number because some of these rescues are so small.

Most are in the area from Charlotte to Raleigh. Many of these are unaccredited, including the Conservator's Center in Caswell County, where a lion killed a worker Sunday.

The animal rights group PETA is pushing for stronger regulation that would require these places to be accredited. The Humane Society of the United States also wants tougher laws.

"North Carolina is one of the holdouts and it doesn't make any sense considering it already had a number of incidents there that have led to the death of children," Humane Society Acting President and CEO Kitty Block told ABC11. "This is highly problematic and this is really a public safety issue, in addition to a humane issue."

The Humane Society reports that North Carolina is one of only four states with little or no laws regarding the private possession of dangerous wild animals.

"We have been trying to pass one since 2015," Block said. "I think it passed House, but did not pass the Senate. It's time to take this up again. I don't know what other tragedies will happen before there will be action."

ABC11 is being told that nonprofits that would never been able to set up shop in other states are finding a haven here.

All you need in North Carolina is a USDA license and Block said it's not that hard to get.

"The barest minimum with practically very little oversight," she said.

Associated with the license is an even scarier statistic.

"Eighty percent of all the dangerous big cats incidents in the United States have been one that's occurred at USDA licensed facilities, like this one," Block said.

The Conservators Center is operating under a USDA license and it is not accredited.

The North Carolina Zoo does hold the distinction and is required to hold four full-scale escape drills a year.

"We take great pride in having multiple steps that we teach our staff," said NC Zoo Mammals Curator Erin Ivory.

There is a trained weapons-response team ready to quickly step in during an emergency. In holding areas, for instance where the elephants are held, ladders are strategically placed offering several options if a staffer needs to escape.

"Two people have to verify that area so you're not relying on one person, who might be distracted, you have two separate persons that have to communicate and go into any area,' Ivory said.

When Chopper 11 HD flew over the Conservators Center on Tuesday, we found one worker out alone with no backup.

"These are dangerous animals. They don't belong with people who don't know what they're doing or organizations that are often really not suited to do. It is not something the public should be interfacing with," Block said.

We don't know when the last time the USDA was on site visiting the center.

ABC11 did reach out to the agency for comment and is waiting to hear back. The response could be delayed because of the government shutdown.

The Conservators Center did release a statement early Wednesday evening, in response to media requests. Through its attorney, Patrick M. Kane of Fox Rothschild LLP in Greensboro, the animal center said:

"We have received numerous requests today for statements, particularly with regard to the incident write-up from Sgt. Griggs that was released earlier by the Caswell County Sheriff. The Center will be releasing a statement in the near future ... Thank you for your patience and continued respect for the family of Ms. Black and all those impacted by this tragedy."