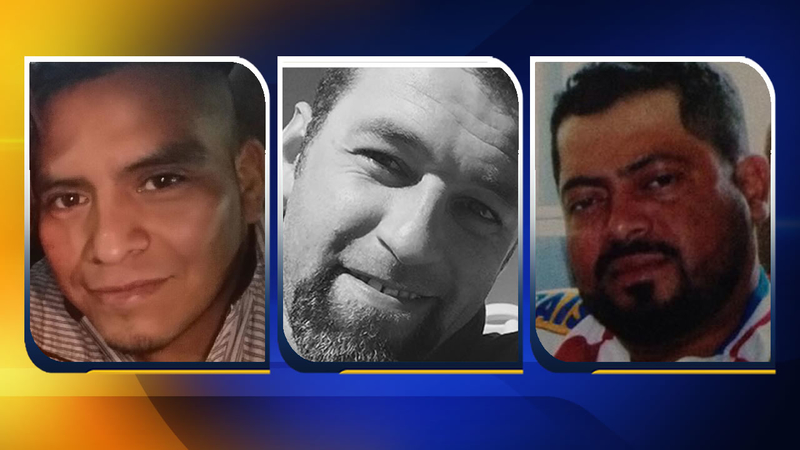 RALEIGH (WTVD) -- Three construction workers were killed Monday in a scaffolding collapse at construction site in the 500 block of Fayetteville Street in downtown Raleigh. It happened around 11 a.m. when the construction platform fell from high up on the Charter Square building. 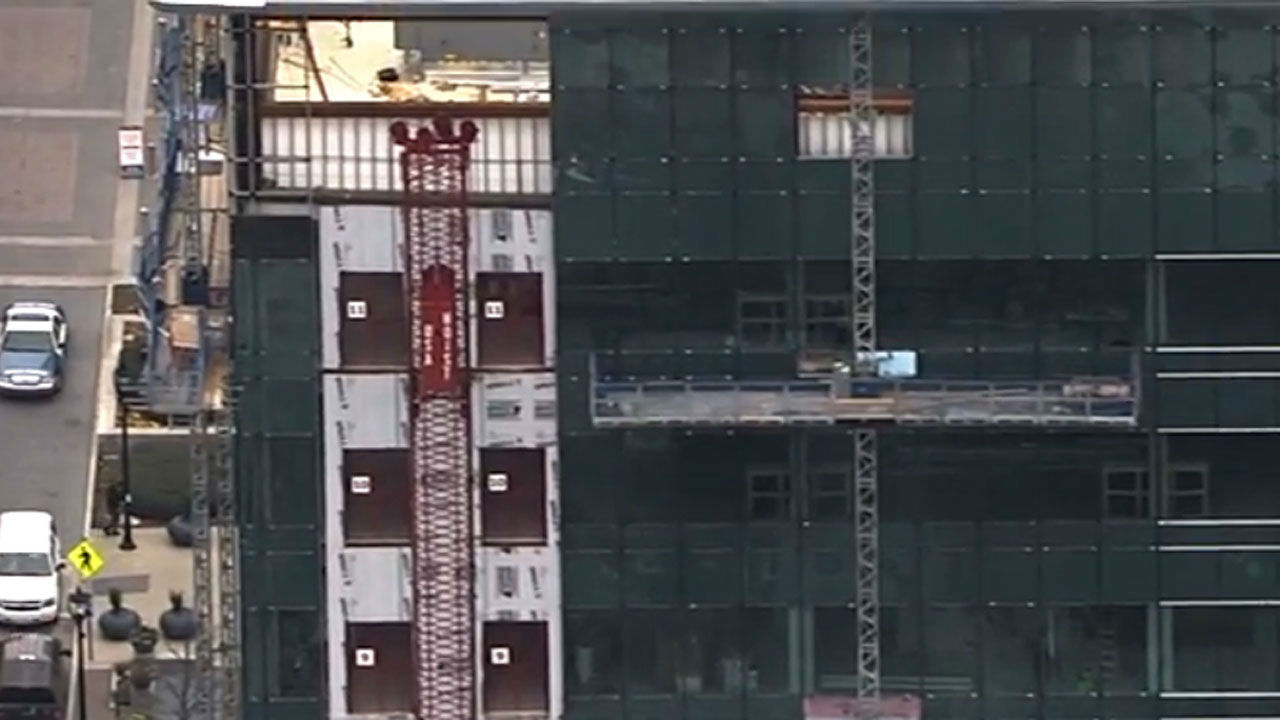 One more worker was hurt. He was taken to WakeMed where he was listed in serious condition. 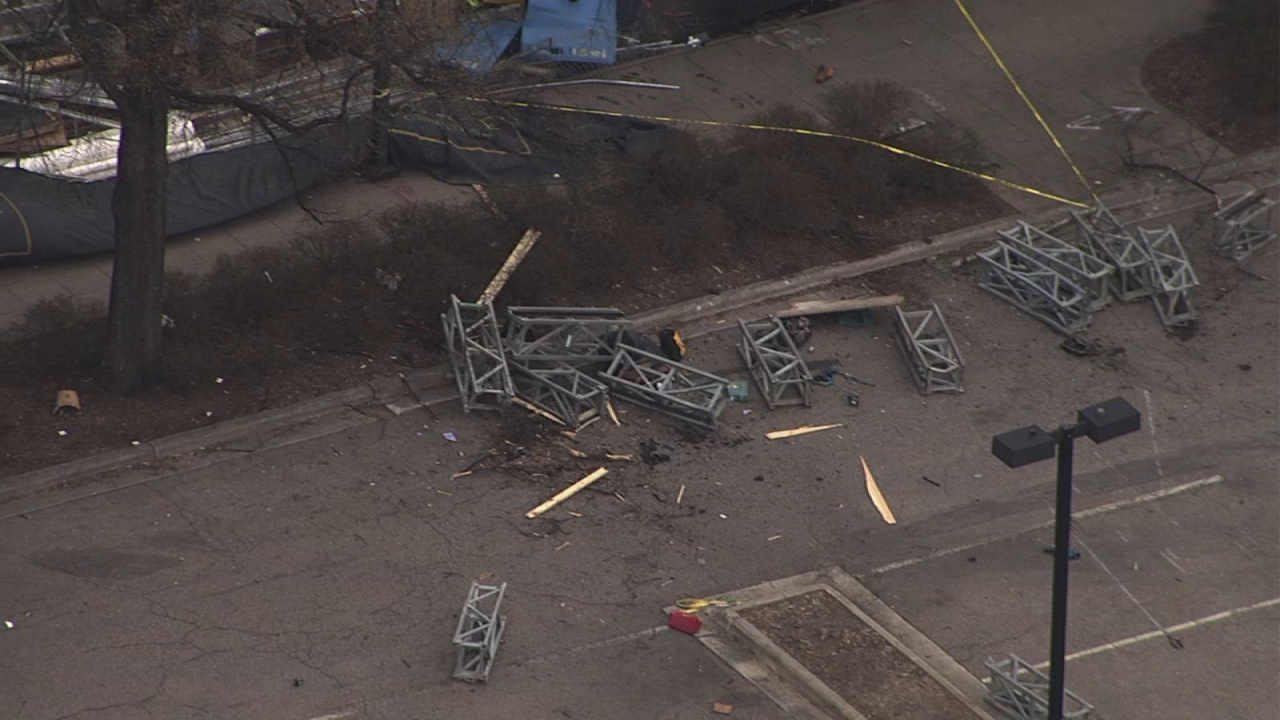 Raw Video: Scaffolding collapse in downtown Raleigh
The accident happened at a building under construction downtown.

Pictures from Chopper 11 HD showed broken pieces of scaffolding on the ground and a piece of the structure where the scaffolding had been anchored to the side of the building remained sticking out horizontally. 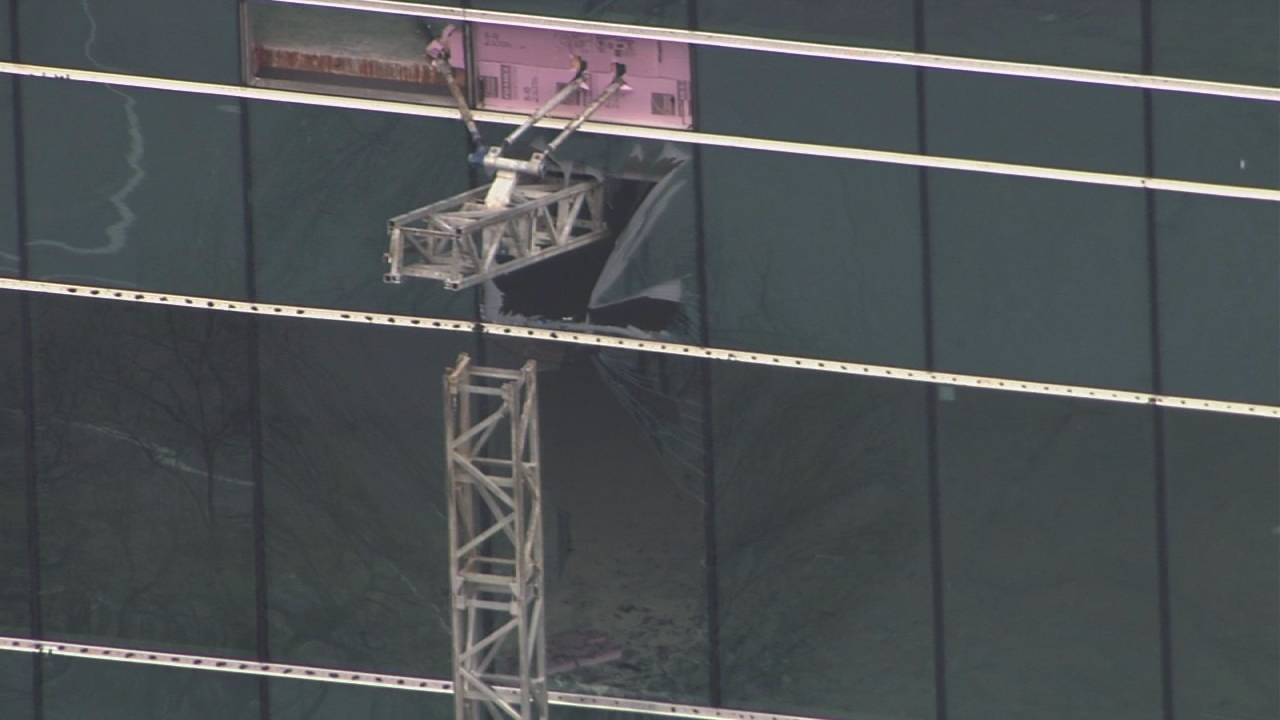 RAW VIDEO: Construction accident in downtown Raleigh
The accident happened at a building under construction downtown.

An eyewitness told ABC11 that he heard a cracking and popping sound and saw the scaffolding give way and crash to the ground.

"You saw it buckle and then collapse," said Dean MacAurther.

"I've been in construction 30 years. It's about the worst I've ever seen," said construction worker Ricky Lee.

"One guy, half his body was trapped inside the scaffolding, I just knew he was gone. And right then, me personally, I just prayed," said construction worker Leroy Kelley.

A website for Charter Square says it is an 11-story building offering office space at Lenoir and Fayetteville streets adjacent to Duke Energy Performing Arts Center, Raleigh Convention Center and the Raleigh Marriott City Center. The $54 million building is set to open in May.

Choate, the contractor on the project, said the scaffolding was a "mast climber" design, which is a platform that goes up the side of a building on a vertical column. It was in the process of being lowered when it came down.

"We are deeply saddened by the loss of life and injuries suffered during this incident. Our first and primary concern is for these personnel and their families. We request your thoughts and prayers at this time," read the statement.

The company said a full investigation into how it happened is underway.

The City of Raleigh said in a news release that it does not inspect scaffolding systems at construction sites. Under the Occupational Safety and Health Act of North Carolina, the N.C. Department of Labor's Occupational Safety and Health Division has up to six months from the date of an accident to issue citations if any violations of the act are found.

Elmer Guevara, 53, was injured in the accident and taken to WakeMed. A relative who spoke with ABC11 Tuesday said he was conscious but needs more surgeries. The relative said he was on the scaffolding when it fell, but was probably saved because he landed on the roof of a plastic portable toilet.

"We offer our condolences to the victims and families affected by the construction accident today. Our thoughts and prayers are with them during this difficult time, Construction has temporarily been suspended and we are cooperating with the City of Raleigh Fire Marshal and OSHA Investigators to determine the cause of the scaffolding collapse," read a statement from Dominion Realty Partners, who owns Charter Square.

Federal investigators will be in Raleigh Wednesday at the site of Monday's deadly scaffolding collapse.

Asst. Deputy Commissioner at the NC Division of Occupational Safety and Health Kevin Beauregard told the ABC11 I-Team that the state asked for the extra help because of the type of scaffolding that buckled, killing three workers and putting a fourth in the hospital.

"We want to find out exactly what was occurring at the time of the incident," said Beauregard. "What processes they were using; we've heard some information that they may have been disassembling it, but we haven't verified that yet."

Beauregard says there are many things investigators need to drill in on.

"We don't know whether it was human error that caused the incident. We don't know if it was structural, if it was overloading. So we're going to have to look at those things to see what exactly happened."

The scaffolding in the accident is called a "mast climber." Although it's reportedly been in use since the 1980s, it's considered a newer technology and Beauregard says they need to bring in experts from the federal Occupational Health and Safety Administration to inspect the scaffolding.

Beauregard says because it's a "newer" technology, it's not specifically referenced in OSHA regulations. OSHA manuals set out individual guidelines for many types of scaffolding but they don't include any specs for mast climbers.

According to Beauregard, the state had eight inspectors and one supervisor at the scene Monday afternoon. That stands in stark contrast to the number of inspectors who visited the site before the accident.

In fact, there were no inspections of the scaffolding during the entire time the building was going up.

Raleigh city inspectors looked at the building but neither state nor city agents checked the scaffolding, which is normal.

Very few scaffolds in North Carolina will be inspected before they're taken down.

"There's no possible way our inspectors can go to every site," said Beauregard. "We have over 200,000 work sites in North Carolina. We have approximately 75 to 100 inspectors employed. So it's physically not possible to go to every single site."

Beauregard says his inspectors would have checked scaffolding at those sites, but all the others went without visits.

The accident could lead to policy change. Because there are so few specifics about the mast climber, and if inspectors decide the type of scaffolding could be made safer, the state could implement new regulations.

"One of the reasons we do an accident investigation," said Beauregard, "is to see what happened and prevent it from happening again and if the determination is the only thing that could prevent these type of things from happening again is to look into rulemaking, then we'll take a look at that option."

Loved Ones Cope with Tragedy

Meanwhile, the family of the construction worker injured in Monday's fatal construction accident in downtown Raleigh is praying for a recovery while three other families are mourning the loss of loved ones.

Olvia Lopez is struggling to come to terms with the fact that her husband, the father of their three young children is gone.

He went to work on the Charter Square construction site Monday morning and she didn't know then that would be the last time she'd see him.

Jose Lopez-Ramirez was only 33 years old. He died when the mast climber he was working on came crashing down.

Olvia shared more about him Tuesday at their home in Clinton. She said he had been working at the construction site for the last three months; before that, he worked as a brick layer.

Olvia says she was at home Monday morning when her husband's friends called to tell her what happened.

"For me, it's something very painful because he was a person who didn't have any problems with anyone," she said. "If somebody would try to mess with him, he would turn his head away from that. He was an excellent worker, as his manager told me yesterday."

Olvia said on top of grieving this tremendous loss, one of her biggest concerns is that she doesn't have a job. Jose was the sole provider for her and their three children.

Lopez is not alone.

Jose Erasmo Hernandez also left a wife and two children, all of whom live in La Paz, Honduras.

Hernandez's wife, Glenda Argueta, said she spoke with her husband Monday morning at 8:45. It was a call they have had almost every day for the past seven-and-a-half years since he moved to the United States.

Argueta says she is working with Honduran consulate officials to try to get her husband's body back to his native country.

However, it's not the way she thought he would come home. Argueta says her husband had plans to move back for good in November.