WTVD
By Michael Lozano
FAYETTEVILLE, N.C. (WTVD) -- "Chef Judy," a local Fayetteville restaurant owner, who's made several appearances on Food Network shows, is struggling to remain afloat like thousands of other small businesses in the state.

With the likelihood of Congress passing a bill to replenish the Paycheck Protection Program fund with around $310 billion, Judith Cage is hoping she'll make the cut this time around.

Coronavirus in the US: Senate approves $483B coronavirus aid deal; sends to House

During a Tuesday lunch hour, Chef Judy saw dozens of people stop by to order take out. While she considers it one of her busiest days, it doesn't fix the massive financial gash they've taken.

"We've taken a hit, we've taken a huge hit. And we have this location open right now, and it's only by the grace of God and the community," Cage said.

Because of the stay-at home order and other tough COVID-19 restrictions, Chef Judy has had to let go of nearly 80 employees and temporarily close down six of her seven restaurants spread across the Sandhills region.

In addition, her business has lost catering opportunities for upcoming weddings and celebrations that have all been either cancelled or postponed to a later date.

"To have to let go of that many people, it's bothersome. I'm in business not only to make money but to employ others and to help others," Cage added.

It was layoffs and cut backs the Army veteran was hoping to never employ, hoping she would get some of the $350 billion from the initial PPP program that began on April 3.

The federal PPP fund for small businesses is out of money: Answers to your questions about it

Chef Judy said she submitted her application as soon as it became available; but she never heard back about receiving any money.

In a matter of weeks, the PPP fund was dry and Chef Judy didn't see a penny.

"If I would've had the funding available, then I could've kept my businesses open longer and just been able to ride it on out," Cage said.

According to the Small Business Administration, there were around 40,000 approved PPP loans in the state, totaling about $8.05 billion.

The chef was frustrated to see many of the loans go to larger corporations. "That's what's not fair. It seems like the funding is going toward businesses that already have it, that will be okay."

An apparent predicament that Congress is looking to address with the additional funding. If the bill passes, $310 billion will be for the PPP.

Of that sum, $60 billion will go to smaller institutions like credit unions and community banks to ensure no one is overlooked for this second wave of payments.

Chef Judy plans to apply immediately and prays she can receive enough to continue to pay her 14 staff members currently working at her only restaurant that remains open.

"We've gotta make it work. So, we've adjusted, and we're here every day just waiting on customers and hoping to keep, to keep it moving," Cage said.

The bill passed in the Senate on Tuesday afternoon. The House will convene on Thursday for a vote. 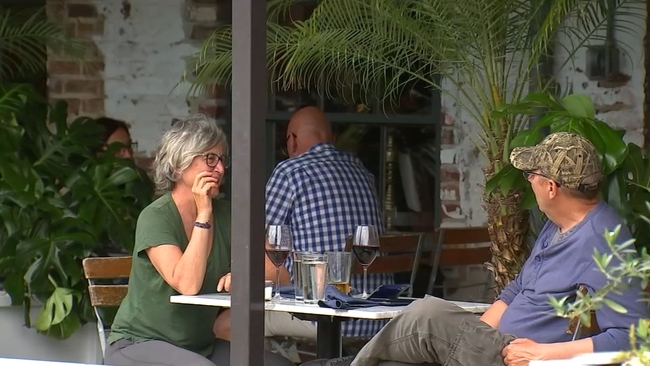