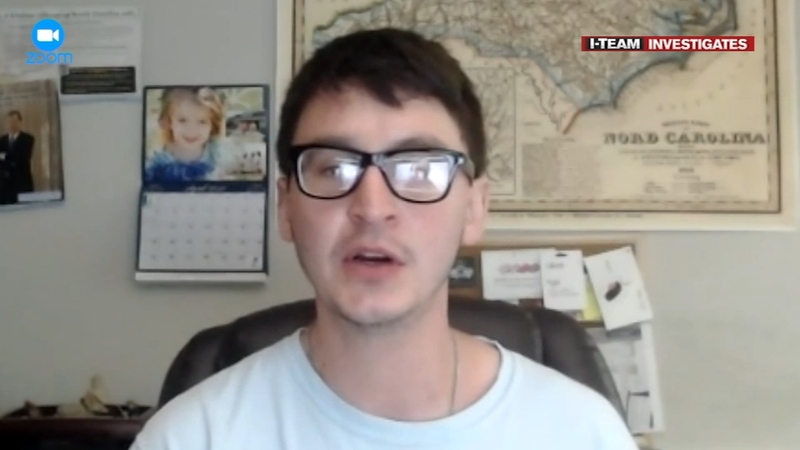 250K behind on rent in NC as eviction protections wane

RALEIGH, N.C. (WTVD) -- More than a year after COVID-19 shuttered businesses and sent the unemployment rate skyrocketing, renters in North Carolina are still struggling to pay the bills.

"All the way from January through June every night I've had on my mind, how am I going to pay my rent? How am I going to pay this back rent? All this rent is coming due when this eviction moratorium expires; I don't know what I'm going (to do)," Weisbeck said.

After losing his job in October, Weisbeck said he started 2021 with an eviction notice at his door. He said the eviction moratorium saved him.

"I would have been like homeless, and I'm not sure what I would have done," Weisbeck said.

He said the extra time allowed him to apply and receive rental assistance to get caught back up.

EXPLAINER: The latest on evictions and the HOPE program in NC
EMBED More News Videos

Gov. Cooper's office said his Executive Order trumps the federal ruling in DC., stating the state moratorium on evictions will remain in effect until the end of June 30.

He's not the only one still struggling to make ends meet. Zillow estimates 250,000 North Carolina renters are still behind on rent.

Earlier this week, North Carolina's Council of State chose not to extend the state's eviction moratorium beyond June.

While the North Carolina eviction expires July 1, the federal moratorium remains in place until July 31.

The federal order will continue to give most North Carolina renters protection from eviction.

"As long as the CDC order is in place, it's really irrelevant what the governor does, but again if the CDC order was removed for whatever reason, then it becomes a lot more meaningful," explained Dustin Engelken, the Triangle Apartment Association's government affairs director.

Many landlord advocacy groups were wary of the moratorium from the beginning and did not welcome the federal extension.

"Our line really from the beginning was that rather than taking this band-aid approach of putting an eviction moratorium in place that we needed to hit the root cause, which was people's ability to pay. So we've long held that rental assistance really was the answer and that this moratorium did nothing but create a false sense of security for people without really solving the issue." Engelken explained.

The Triangle Apartment Association represents around 150,000 apartment units across the area. Engelken said some of the landlords are owed hundreds of thousands of dollars.

Engelken called evictions a 'lose lose' and not an outcome landlords want, but he thinks it's time for tenants to begin to seriously have conversations with landlords regarding payment plans.

The moratoriums don't protect all renters from eviction, but court data shows evictions were reduced by around 47% in 2020 compared to 2019.

Gary Chavis, an attorney with Legal Aid NC, said his office is working with around 1,000 Durham residents who have still not been able to receive rental assistance.

"If that total had come due on July the first, the impact would have been astronomical. So that 30 days does give the largest part of my client base more time, more security in their housing," Chavis said.

Chavis said one of the flaws with the moratorium and the assistance program is they gave the money, and thus the power, to the landlords. While halting evictions did give renters time to evaluate their options, he said going forward real issues remain.

"The question we should be asking ourselves is when the moratorium does end...what have we learned and how are we going to apply that to tenant protections into the future?" Chavis said. "Because the reality is that the system was already sick before the pandemic came around."

Engelken agrees that policymakers need to be working on long-term solutions for fair and affordable housing.

"There's going to be a lot of challenges moving forward and making sure that people aren't left behind and that people have the housing options they need, Engelken said. "Rental assistance is one part of that. I think longer term we're going to have to take a much harder look at affordability. How do we tackle that issue and how do we help a lot of these distressed property owners who, even when they recover some of that rent from assistance programs, are still going to be in a really challenging position."

North Carolinians facing the threat of eviction and unsure of whether they can remain in their homes through July 31 can call 800-569-4287 to seek housing counseling. To qualify for federal eviction protections, tenants must have made less than $99,000 in 2020 or expect to earn less than that amount this year. The income threshold for those who file their taxes jointly is $198,000. Tenants can also qualify to remain in their homes if they've received a stimulus check or not been required to report income to the Internal Revenue Service.