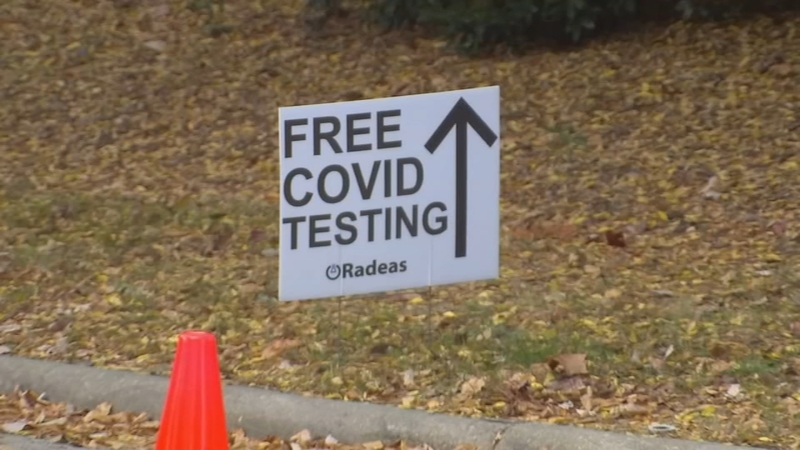 The five county-run sites offer free testing, and do not require ID or insurance. Results are typically posted in 12-24 hours. The locations are open from 7 AM to 7 PM, though appointments are required. Testing site locations are:

NCDHHS also offers free at-home testing, where they will send a kit which can be mailed directly to a lab. In that case, results are usually back in 1-2 days from when the lab receives the sample.

Sunday night, ABC11 found many pharmacies had appointments booked for Monday and Tuesday, though there was availability at multiple locations for a number of time slots Wednesday.

The push for testing comes as TSA reported a sharp rise in holiday travel compared to last year, though it did not meet pre-pandemic levels.

Nationally, the Centers for Disease Control and Prevention reported the 7-day average of cases topped 175,000 for the first time since January, which is more than twice as high as the beginning of the month.

Wednesday, the last day for which the state reported new data, North Carolina reported 4,889 new cases, up 48% from just two weeks earlier, and the state's test positivity rate topped 10% for the second consecutive day. On a positive note, hospitalizations were at nearly half the level as they were at the same time period last year.

During an appearance on "This Week," Dr. Anthony Fauci, Chief Medical Advisor to the President, noted that studies showed the Omicron variant causes less severe symptoms than Delta; however, it is believed to be more transmissible.