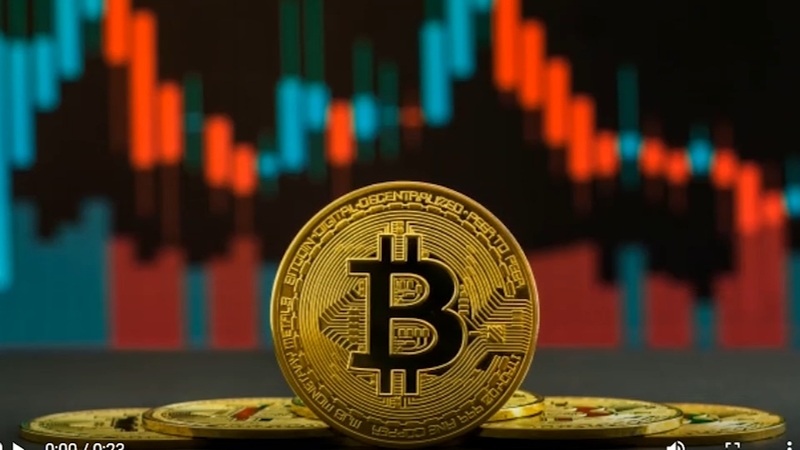 FAYETTEVILLE, N.C. (WTVD) -- A Fayetteville veteran is out thousands of dollars thanks to a cryptocurrency scam, but he's not alone.

Investing in digital currency is growing in popularity and a new report shows nearly $8 billion lost to crypto scammers just in 2021.

Jaqueall Jackson learned the hard way just how ruthless scammers can be.

He lost all that money after he says he was contacted through Facebook about an investment opportunity.

"I constantly kept getting messages that were getting sent down by people saying the success of this company was tremendous and how much money they were making."

Jackson was hesitant to invest, but the company had a legitimate-looking website and in his chats with the online company, the representative promised profits were 100% guaranteed. One chat stated that if he invested $2,000 in cryptocurrency that it would grow to $20,000 within 24-hours.

"This is a really good opportunity to get a hold of extra cash by reinvesting my crypto into bitcoin which was supposed to boost my income," Jackson thought.

He dumped all of his crypto into the company and got a notice that his trade was successful and his profits of $95,000 were ready for payout. However, there was a catch.

"They said they had to pay another fee of $14,000 in order to actually get my money," Jackson said.

At that point, he knew something wasn't right, because the website for the company he invested in clearly states it does not have any fees for withdrawals.

Jackson contacted Troubleshooter Diane Wilson and she got in touch with the online company, which also told her that he must pay the withdrawal fee to get his funds.

A representative reached out to Jackson, and asked if he couldn't pay the $14,000, how much could he afford? In online chats, there are many spelling and grammatical errors, which are all big red flags.

To this day, Jackson still can't get access to his money, not even his initial investment.

"I exhausted my entire portfolio in no less than a day," Jackson said.

Jackson isn't alone, as according to Chainalysis, crypto scams are up 81% in 2021 compared to 2020, and scammers have made off with a record $ 7.7 billion worth of cryptocurrency.

That's advice, Jackson wishes he would have listened to before losing all of his money.

If you're going to invest in cryptocurrency watch out for imposter websites, along with fake mobile apps. It's very easy to appear you're dealing with a legit investor, but in reality, it could be a scammer. Also, know cryptocurrency accounts are not backed by a government and are unregulated so before you invest do your research.

Be suspicious of anyone who makes guarantees that an investment will perform a certain way. Nobody can ever guarantee that you will make money or get a set return. Also, be wary of aggressive sales pitches that encourage you to "act now."

Watch for stocks with huge spikes in price. This could signal potential manipulation or fraud.

Be cautious with aggressive cold callers. Don't feel guilty about hanging up. Not answering at all, or putting down the phone, are generally the best and safest responses to a cold caller or anyone aggressively pitching low-priced cryptocurrency or other investment opportunities.

Keep an eye out for "pump and dump" schemes. Groups of scammers often claim to have inside information on a particular type of stock that's on the verge of spiking. Those claims cause a large number of people to purchase that stock, which drives up the price. Once the price is at an all-time high, they sell it at an enormous profit and all the investors lose their money once the prices crash back down.
Report a correction or typo
Related topics:
personal financefayettevilleabc11 troubleshooterscamsscamcryptocurrency
Copyright © 2022 WTVD-TV. All Rights Reserved.
ABC11 TROUBLESHOOTER
New law protects you from surprise medical bills
Homeowner waits more than a year for construction to begin on home
Car part supply chain issue causing frustrations for drivers
Scammers targeting travelers of canceled and delayed flights
TOP STORIES
1 dead in crash that closed I-85 northbound in Durham
Raleigh scientists developing synthetic blood platelets amid crisis...
Small airplane crashes in Wake County
LATEST: Wake County school leaders review updated quarantine guidance
May be nearing Omicron peak, UNC doctor says; so what's next?
9-year-old Cary girl receives life-saving liver transplant at Duke
NC airports see spike in number of guns at security checkpoints
Show More
Family of man shot by officers on I-440 demands answers
Teens allowed to drive big rigs in new federal program
2-year-old shot in Harnett County while sitting in car with mother
Transgender community faces higher rates of food insecurity
Free school supply store opens for Wake County teachers
More TOP STORIES News