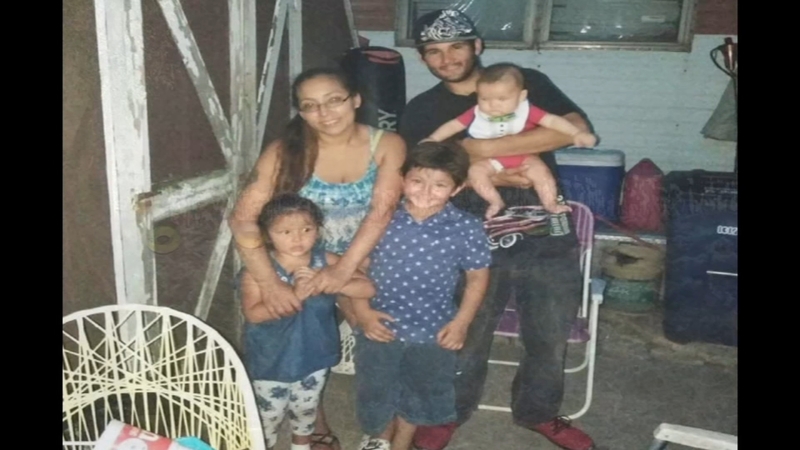 EDEN, N.C. (WTVD) -- The family of 30-year-old Antonio Roman says he risked his life to save a woman and child when a group on inflatable tubes went over a Duke Energy dam along the Dan River.

Crews are still searching for the last missing tuber who went over the dam.

The Rockingham County Sheriff's office said nine people went tubing last Wednesday evening on the river but at some point, several of the tubes came untied and some floated over the dam.

The body of 7-year-old Isiah Crawford was found Sunday.

Roman's family said they are still coming to terms with what happened on the river.

Roman was one of nine who went over the Duke Energy Dam on the Dan River.

Teresa Villano, who is 24-weeks pregnant with Roman's fourth child, has yet to be found.

"They were going to have a gender reveal," said Young. 'They had a cake ordered at Walmart. It was supposed to be picked up yesterday."

The family told ABC45 that they believe more needs to be done near the dam to prevent tragedies like this from happening again.

"I believe if they put up some type of net before the dam, it would help a lot," said Kimberly Roman.

As the family moves toward a new chapter, they find solace in knowing he gave it his all.

"He died a hero," said Young. "He was trying to save the older woman and one of the children. He tried to save them both and obviously, he risked his life and paid for it."

The search for Teresa Villano has been suspended until Wednesday because of weather.