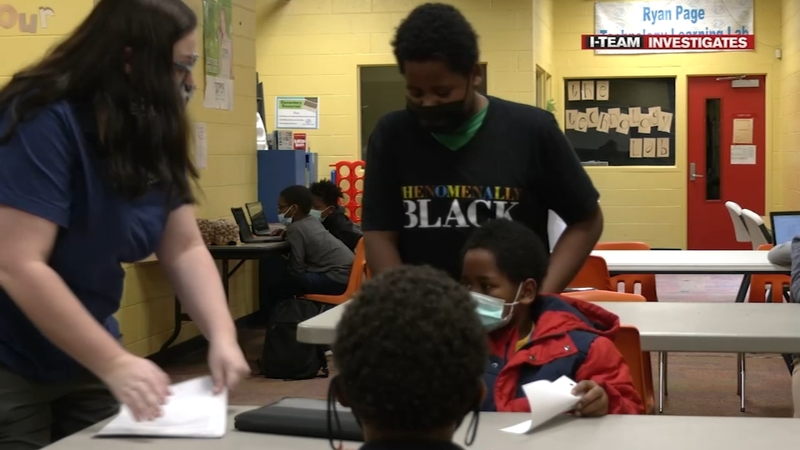 RALEIGH, N.C. (WTVD) -- Parents across North Carolina are increasingly faced with tough decisions as the pandemic continues to disrupt child care throughout the state.

Before the pandemic, the Centers for American Progress estimated 42% of children in North Carolina younger than 5 didn't live in an area with enough child-care options.

"The problems that we have always had in child care have just blown up during the pandemic," said Shanda Sumpter, an early childhood education project director at NC Child. "North Carolina parents do not have enough choices for affordable child care."

A quarter of parents surveyed in December 2020 said they could not find affordable childcare, according to a report from the North Carolina Early Childhood Foundation.

"Programs and classrooms are closing, the pipeline for teachers is collapsing because they can earn more working at Target, believe it or not, and all those things mean fewer choices for parents and fewer childcare options that they can afford," Sumpter explained. She said around 80% of programs in the state are reporting a staffing shortage.

Decreasing providers make options for care limited and when there are options, the cost can be astronomical.

The ABC11 I-Team compared these prices to tuition at top state universities and found these costs are higher than many institutes predicted annual tuition.

North Carolina isn't the only state seeing this trend. The Economic Policy institute found child care is more expensive than tuition in 33 states. The institution estimates if the state capped costs so families only paid 7% of their income it would save around $5,500 per family annually.

Wake County resident Sarah Brady was a nanny for many years and recently became a mother. She said it's not feasible for her to return to any other job but being a nanny.

She said after leaving the field to do nonprofit work she started being a nanny again during the pandemic when demand surged.

"There has been some shift in people who lost jobs working in child care centers and taking an opportunity to work as a nanny, but even then that hasn't been enough to take care of the demand," Brady said.

Brady explained hiring a nanny is one of the most expensive forms of child care but still, so many people are turning to it for personalized care due to decreasing outside options.

Hugh McLean, the vice president of operations at Wake County Boys and Girls Club, said many of the families their organization serves know these challenges firsthand.

"The pandemic has put stress on families that people have never had to live through before," he said. "In a lot of cases, the Boys and Girls Club has become part of a safety net in the community for families that are either going back to work or they lost their job."

The Boys and Girls Club serves kids 6-18 years old for only $7.50 a year. McLean explained while it costs the club around $750 per kid, they are able to keep costs low because of consistent community support.

"We think we're a great option for families because what we offer in the club, we have wonderful staff at all of the clubs, and it becomes, I think, maybe, an option that families maybe hadn't (heard) before," McLean said.

While his club offers affordable options, it doesn't serve younger kids whose care often costs the most.

The state does have a child care subsidy program that helps parents cover the cost of care. The program currently serves around 58,000 children. However, state and federal funding is unable to meet the needs of all families in the state.

Around 11,600 families are on waitlists for child care subsidies across the state. This number is 42% lower than the more than 22,000 who were on the waitlist in June.

Wake County mother Cecelia Anderson is one of the families who has been waiting for around six months. She said without the assistance she's unable to send her three-year-old to daycare.

"Me and his dad, we work different shifts," Anderson explained. "When he's at work I'm watching the kids, sometimes my employer lets me bring them."

She said without subsidy she's unable to afford care and is hoping to be approved in time for summer.

Lawmakers did allocate more than a billion dollars of COVID-19 relief money to child care centers across North Carolina. In October, the state announced $800 million would be used to support families and help centers recruit and retain staff. Still, Sumpter said this won't solve everything.

"Those were one-time dollars and now those funds are gone. So we need sustainable ongoing investments from our elected officials to bring down the cost of child care so that families can work and kids can get the high quality, early care, and education that they deserve," she said.