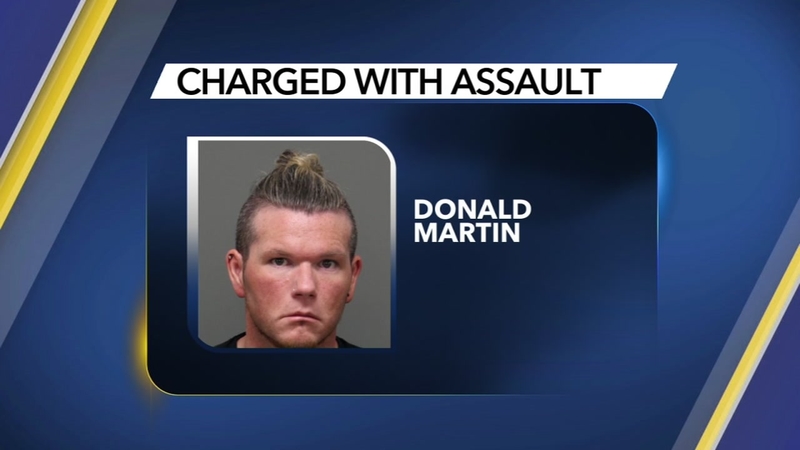 APEX, N.C. (WTVD) -- A Cary man is behind bars after police said he assaulted an Apex resident, who is physically and mentally impaired.

Donald Martin III, 27, is charged with aggravated assault on a handicapped person.

According to the arrest warrant, Martin was a caregiver, hired by the victim's family.

The alleged assault happened late Tuesday morning.
Just before lunchtime, the 21-year-old victim's parents met with a detective to provide evidence that the attack happened earlier that day, according to police.

The victim was unable to communicate what happened but, according to the warrant, he had visible injuries.

The warrant states Martin originally denied that anything happened, but was confronted with 'overwhelming evidence' of the assault when the family handed over video to the police.