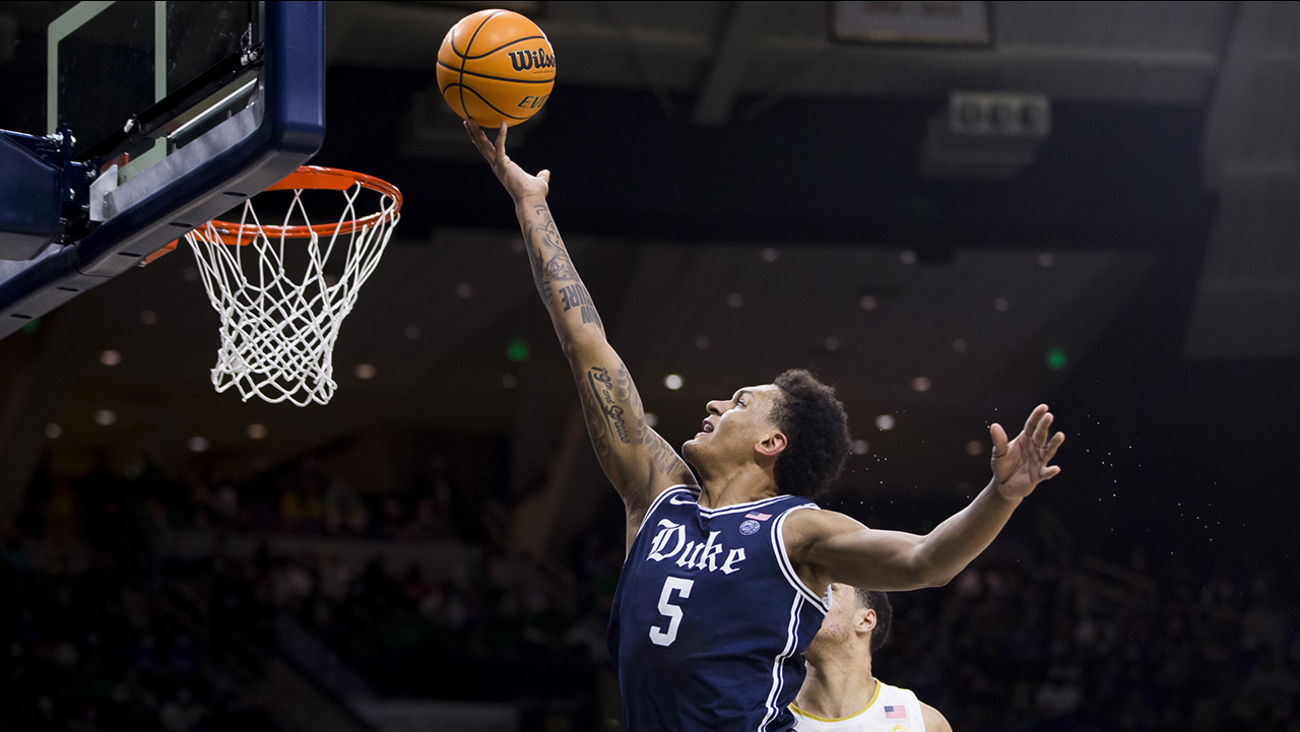 Paolo Banchero swoops in for two of his 21 points against Notre Dame on Monday in South Bend, Ind. (Robert Franklin)

The Blue Devils (18-3, 8-2 ACC) pulled into a first-place tie with idle Miami with their fourth straight victory for coach Mike Krzyzewski, who is retiring at the conclusion of the season and was making his final appearance at the sold-out Purcell Pavilion against his former protégé, Mike Brey. Notre Dame, which entered the game 9-0 at home this season with victories over Kentucky, North Carolina, and N.C. State, saw its four-game winning streak end. The Wolfpack had been the last team to win in South Bend.

Grad transfer Paul Atkinson Jr. was the only Irish player in double figures with 14 points and had nine rebounds. Leading scorers Blake Wesley and Dane Goodwin, who were each averaging 15 points or more this season, were held to six and zero points. Goodwin, who had scored at least one point in 86 straight games, had entered the game with 20 double-digit scoring efforts this season. 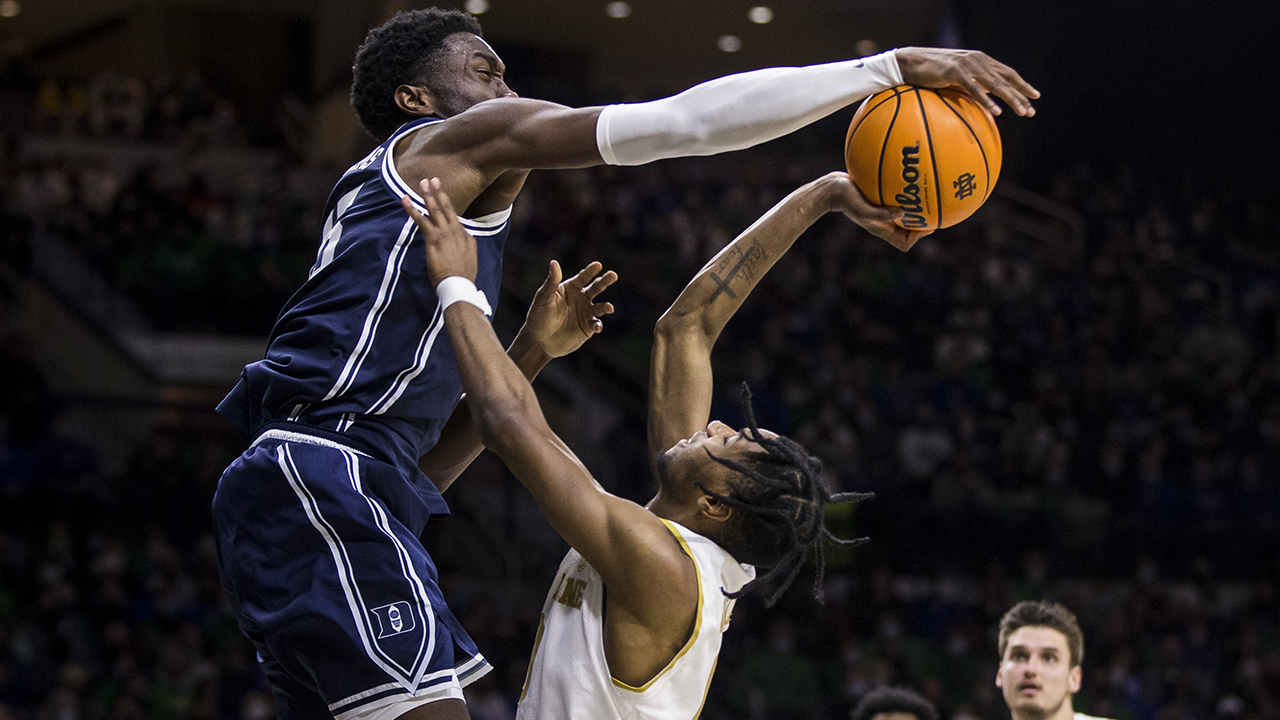 The game was the makeup of a Jan. 1 game postponed by COVID concerns in the Duke program, and Notre Dame led just once at 2-0.

The Blue Devils scored the next seven points and gradually increased their lead against the poor-shooting Irish (18.8%). Notre Dame closed the deficit to four, 18-14, on a pair of Atkinson dunks off Prentiss Hubbs feeds with 4:47 remaining in the half. But Duke finished on a 9-0 run to lead at halftime 27-14.

The Blue Devils opened a 13-point halftime lead, 27-14, despite shooting just 37.5 percent (12 of 32) from the field. That's because Duke outrebounded the Irish 29-19 behind seven rebounds by John and six by Banchero, who had seven points in the first half.

Brey, who was a Duke assistant under Krzyzewski from 1987-1985, including the 1991 and '92 teams that won the first of his five NCAA titles, saluted his former boss during a halftime video.