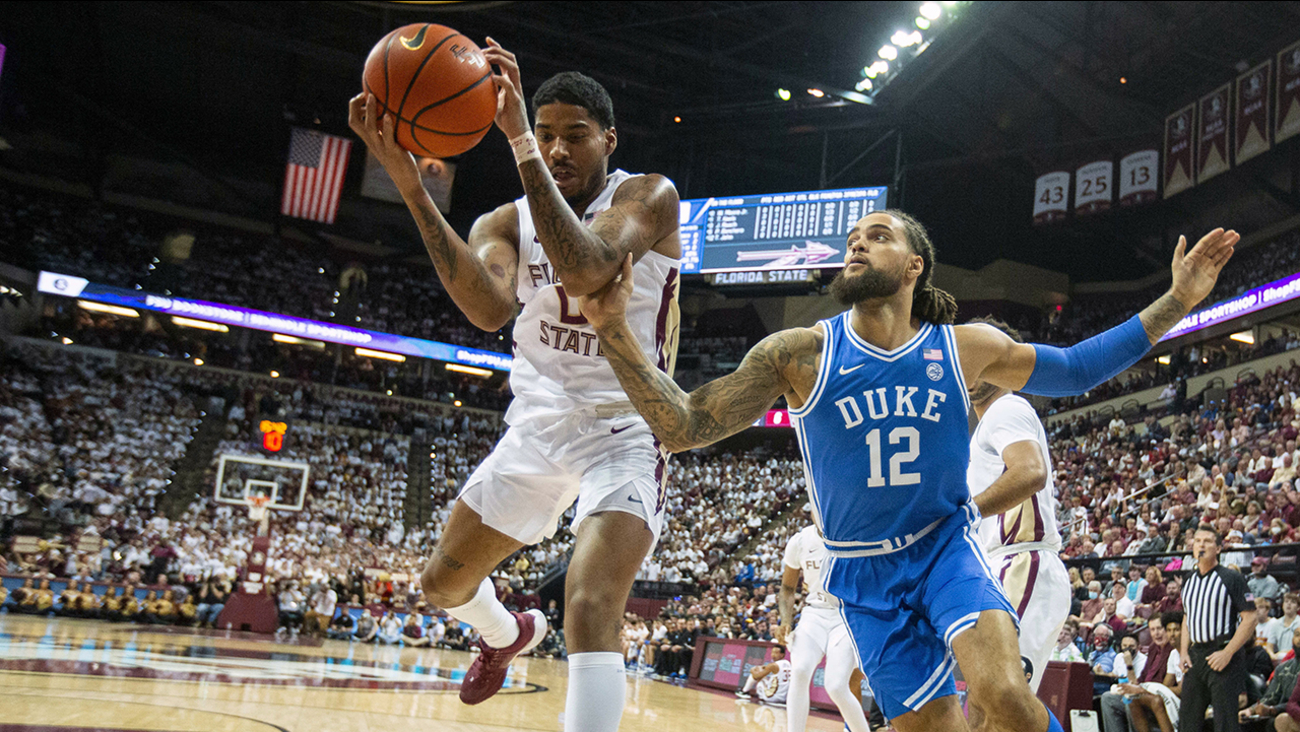 TALLAHASSEE, Fla. -- Florida State let a late lead evaporate in regulation. Given another chance in overtime, the Seminoles got it done against No. 6 Duke.

Florida State (11-5, 5-2 Atlantic Coast Conference) led by nine in the second half but ended up needing Evans' driving layup high off the glass with 2 seconds left to send the game to overtime. The Seminoles held on for their first win over a ranked Duke team since Jan. 10, 2017, and their 14th win over an AP Top 25 team in the last four seasons.

"I thought our effort was at a level 5 tonight, offensively and defensively," Florida State coach Leonard Hamilton said. "It took a tremendous effort on our kids' part."

Caleb Mills had 16 of his 18 points in the second half and overtime for Florida State, which won its fourth straight game. Butler, a freshman, scored a career-high 14 points, and Naheem McLeod had season highs of nine points and seven rebounds for the Seminoles.

Paolo Banchero had 20 points and 12 rebounds, the fourth straight game the freshman has scored 20 or more, and Mark Williams had 15 points and seven rebounds for Duke (14-3, 4-2).

Duke trailed 59-50 with 6:53 remaining, but a 3-pointer by Moore kicked off a furious rally by the Blue Devils, who went ahead 67-65 on Williams' dunk with 30 seconds to go. Banchero scored seven points during the closing stretch and assisted on two dunks by Williams. Moore finished with 13 points.

"That was just a tremendous basketball game," Duke coach Mike Krzyzewski said. "Two teams that just played their hearts out. I thought it was the most physical game we've been in."

A week ago, it was Evans who also drove the lane in the final seconds of regulation, drawing a foul and sinking two free-throw attempts as Florida State knocked off Miami. This time he drove again, and his shot helped secure a signature win.

"I just think in the moment I did what the team needed me to do," Evans said.

Duke starting guard Trevor Keels went down with what Krzyzewski said was a calf injury with 10:11 left in regulation. Keels had nine points on 3-of-11 shooting.

Florida State's Tanor Ngom played for the first time since Nov. 24 against Boston University. Ngom took part in warmups and played the final 1:27 of the first half, pulling down a rebound. He had missed nine straight games.

Duke lost for the second time this month, both to Sunshine State teams. They were beaten at home by Miami on Jan. 8. The Blue Devils could slip a little but will likely stay in the top 10 if they beat Syracuse this weekend.

The Blue Devils had 15 turnovers and were outrebounded 42-37.