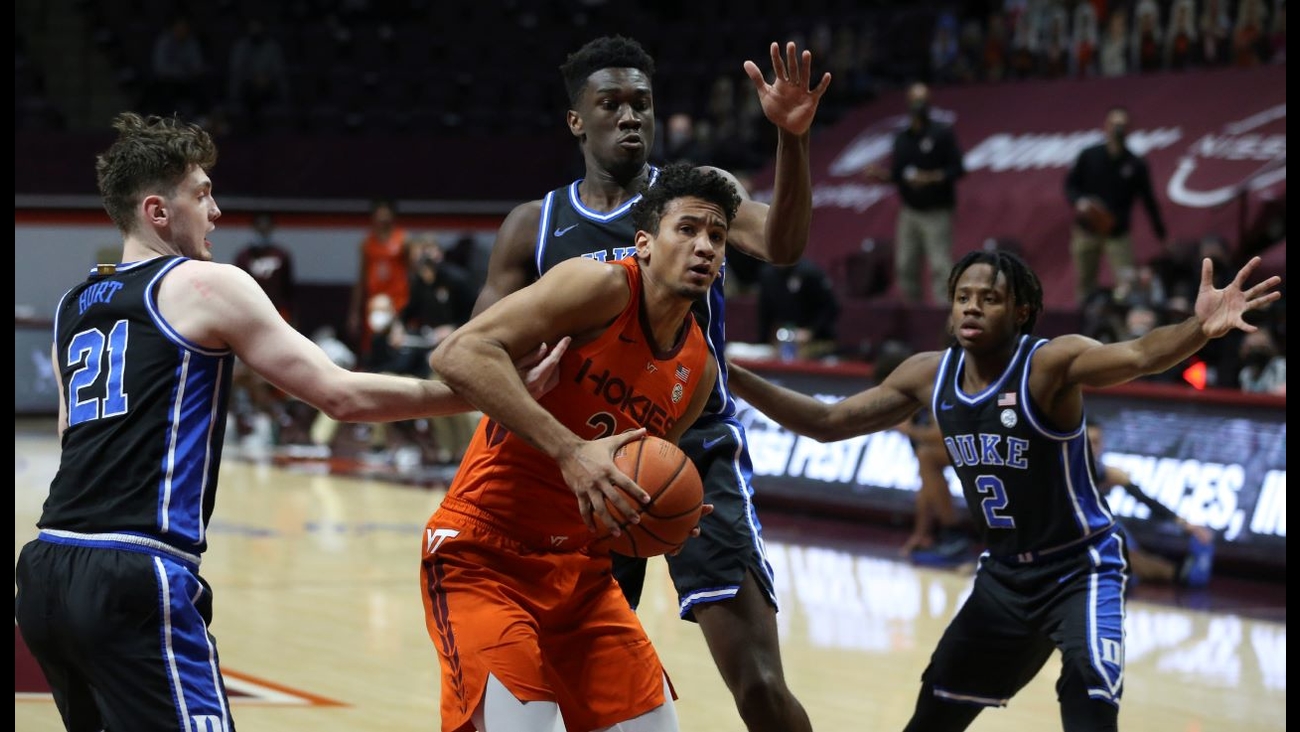 The double-double was the first of the season for Radford, who helped the Hokies (10-2, 4-1 Atlantic Coast Conference) jump to an 18-point, first-half lead and hold off Duke's second-half rally to win for the sixth time in seven games.

Duke cut the deficit to 56-55 after Matthew Hurt hit a corner 3-pointer with 13:12 remaining. Radford scored the game's next five points, and Duke went scoreless on six consecutive possessions. The Blue Devils got no closer than four points the rest of the game.

The young Blue Devils have a lot of individual talent, but they're still a work in progress as a team, particularly on offense. Questionable shot selection and turnovers led to a first-half deficit, and they shot just 40% (24 of 60) for the game with more turnovers (12) than assists (11). Given their talent, they figure to get better as the season goes along - and probably be a force again in March.

The Hokies have three wins over ranked teams this season and continue to enhance their NCAA tournament resumé. But they've played just one true road game and only three games away from Cassell Coliseum. That's going to change, as they now play five of their next seven on the road.

Virginia Tech plays at Wake Forest - winless in ACC play - on Saturday, and a win there combined with the victory over the Blue Devils should propel them up the Top 25 poll. Duke could fall out of the poll following a loss in their lone game of the week.