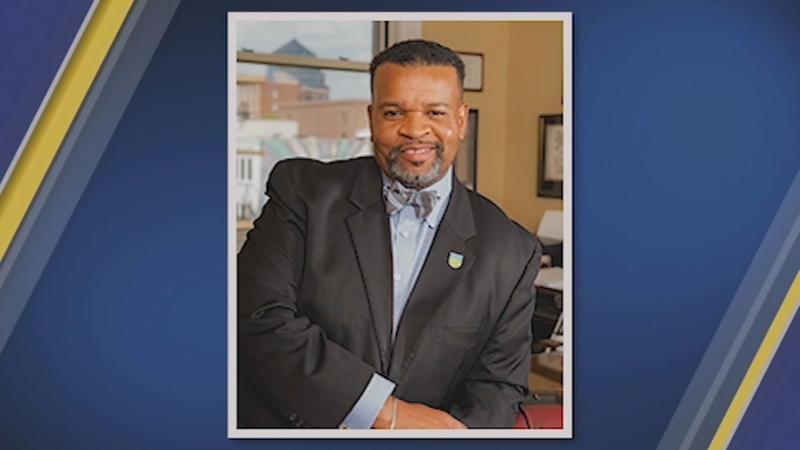 The appointment comes after the firing of County Manager Wendell Davis last week when the board of commissioners voted 3-2 to let Davis' contract expire.

The board's relationship with Davis has long been contentious and the rift throughout the board was evident Monday.

The vote fell along racial lines with Commissioner Nida Allam breaking the tie.

Commissioner Nimasheena Burns spoke out against the decision.

Davis, who made more than $200,000 a year, served as county manager for seven years.

Supporters credit him for raising staff wages and keeping the county financially and economically strong.

Howerton said she believes Davis' firing was racially motivated after he came forward last year accusing Carter of racism against him and county staff.

An independent investigator determined the claims against Carter were unfounded but did recommend the board undergo racial equity training.

The report conceded that staffers could have perceived Carter's actions as racially fueled because of her fractured working relationship with Davis.

On Monday, Jacobs released a statement that reads in part:

"We have made a board decision to move in a new direction. I thank Mr. Davis for his many years of leadership of Durham County Government and his dedication and service to our community. I look forward to our board appointing an interim county manager. I am grateful for our outstanding Durham County staff and the extraordinary work they continue to do every day. I look forward to our board working together as we begin the budget process and our focus on important budgetary and policy decisions to address the community's priorities and recovery needs from the COVID 19 pandemic."

"The board majority voted to let the manager's contract expire at the end of its 5-year term on June 29, 2021. This was a not-for-cause decision but based on the desire of the board majority for a new beginning. I am grateful for Manager Davis' dedicated service to Durham County and for his contributions to Durham's growth and success. I wish him the best in his future endeavors."
Report a correction or typo
Related topics:
politicsdurham countygovernmentdurham county news
Copyright © 2022 WTVD-TV. All Rights Reserved.
TOP STORIES
Filipino American Performing Artists of NC hosts free workshop
Planned Parenthood Raleigh reporting an influx of out-of-state clients
1-year-old dead after being left in hot car in Mebane
'Iconic' Raleigh Char-Grill to be redeveloped for 20-story high rise
Poison frontman Bret Michaels hospitalized with undisclosed illness
Hospital admissions more than triple around July 4th holiday
Activists call for arrest of Raleigh woman in Emmett Till case
Show More
ESSENCE Festival descends on New Orleans to celebrate Black culture
'Miracle baby' improving thanks to last-minute treatment
12-year-old, mom badly burned in science experiment explosion
Disney Wish packed with endless amounts of Disney magic for all
Tropical Storm Bonnie forms in Caribbean Sea
More TOP STORIES News