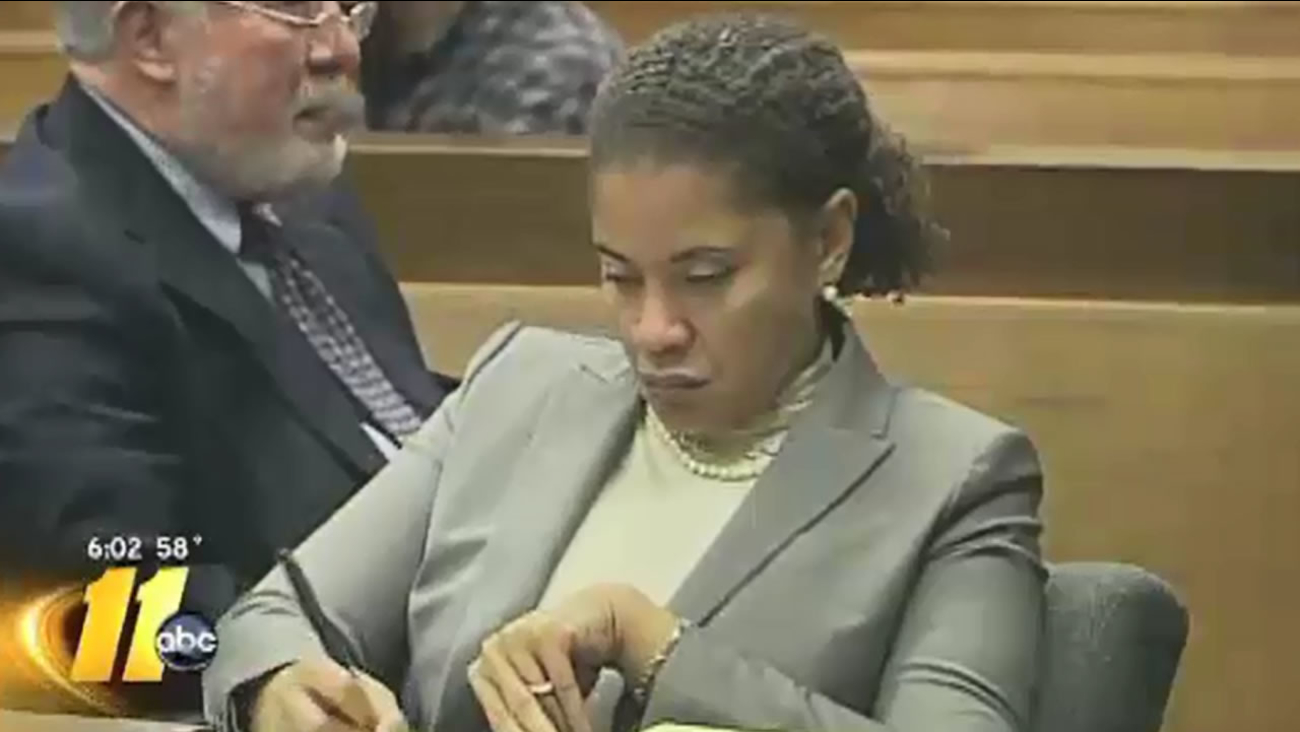 RALEIGH (WTVD) -- After appealing her case all the way to the U.S. Supreme Court and losing, ousted Durham District Attorney Tracey Cline now has to face the music before the State Bar.

Cline's appeals have delayed disciplinary proceedings against her in a 2012 complaint that she violated some rules of professional conduct for an attorney.

The hearing came after Cline publicly feuded with Superior Court Judge Orlando Hudson for months and accused him of bias against her in cases. In court filings, she went so far as to call the judge dishonest and corrupt. She asked that he be barred from hearing criminal cases in Durham County in a complaint to the Judicial Standards Commission.

In ruling to remove Cline from office, Hobgood said if she felt Hudson was biased against her, she should have waited for action by the Judicial Standards Commission instead of publicly attacking him. He said Cline's attacks were "not supported by facts," and "brought the office of Durham District Attorney into disrepute."

Cline is acting as her own attorney during the two-day hearing.