'That bullet could have gotten all of us': Woman whose car was shot up in drive-by at Cook Out in Durham speaks about terrifying experience 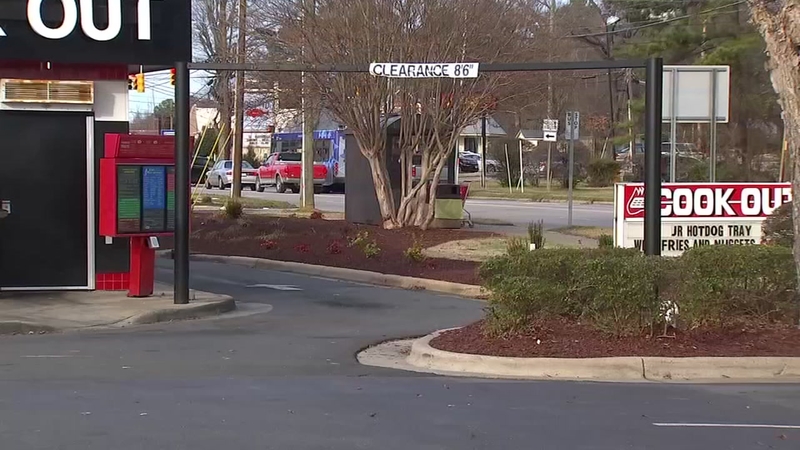 DURHAM, N.C. (WTVD) -- The woman whose car was shot up in a drive-by shooting that injured a teenage girl spoke exclusively to ABC11 on Monday about the terrifying ordeal.

"All we could hear was 'pow pow pow pow,'" Jackie Ferges said. "I was just holding the steering wheel like, 'Oh my God. Where is this coming from?' Not knowing that my car had been hit."

Ferges, her teenage son and his girlfriend were caught in the crossfire of the shooting while sitting in the drive-thru of Cook Out on North Roxboro Street Sunday around 4 p.m.

They had all just come from a birthday party when they stopped at the fast food restaurant.

A 14-year-old girl was injured when gunfire rang out.

"When she raised her leg up the blood started pouring from her leg," said Ferges. "And we went straight to the hospital."

A vehicle at the Captain D's nearby was also hit.

Ferges, her son, and the girl survived the violence but are left traumatized.

"I think we're going to live with that for the rest of our life," Ferges said.

2019 is jumping off to a violent year in the Bull City with a series of shooting that left three people dead.

"That bullet could have gotten all of us," Ferges said.