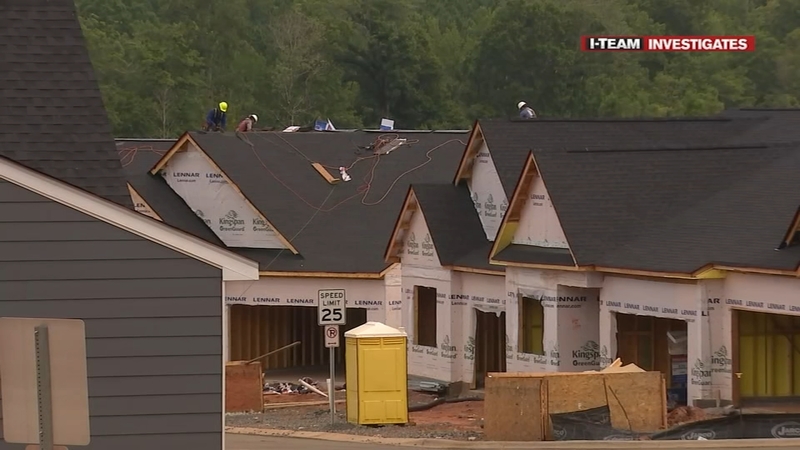 DURHAM, N.C. (WTVD) -- The Durham City Council is the legally binding entity, but what is the point of a Planning Commission if not to take its recommendations?

This week's approval by the City Council of the "Parcel K" development in southeast Durham was the latest in a series of actions by the council that directly contradicted the vote of the 12-member Durham City-County Planning Commission, which voted 11-1 against.

"This proposal exemplifies the difficult situation developers often put us in," one commissioner wrote in the review. "I believe if we are going to allow developers to cut down acres of land, we need to ensure we are getting something that truly meets people's needs, not the needs of profit-driven entities."

Councilman Mark-Anthony Middleton, however, counters that.

"We have a housing problem in Durham," he said. "When we make a decision, it's not just about traffic in one part of the city. It's about housing stock, limited stock driving up the price of housing, where folks are going to live when they move here. There are a number of factors that goes into it."

Middleton, himself, lives in southeast Durham, and also acknowledges concerns about traffic.

"Their comments are substantive and impactful but they're not determinative," he said.

Parcel K, an 800-unit development, is one of the dozens of proposed developments across the county, though there appears to be a feverish interest in the Leesville Road-Highway 70 corridor.

"The more people that move in, the more important Durham becomes, the more people my grandkids have to play," Herman Sperling, a resident in Carolina Arbors subdivision, said. "We want to see it grow but there's a balance."

Sperling is one among dozens, if not hundreds, of residents that have joined what they call "The Leesville Coalition" and have written to Durham city officials about their concerns about accelerated growth without other simultaneous infrastructure improvements.

"I moved here from Long Island. I'm used to traffic," Sperling said. "I'm not used to having my car out in the high-speed lane being vulnerable and it being a safety hazard. I'm not used to being in a two-lane road with a fire station and EMS station that could get hung up in traffic and someone could die."

In a letter to the coalition, Mayor Steve Schewel said widening roads is the responsibility of the NCDOT, plus there are higher priority areas for the city that are also experiencing rapid growth.

According to Sperling, his neighbors -- which include a member of the planning coalition -- just want city leaders to take a "pause" and do some long-term planning.

"You can't have authority without responsibility," Sperling added.

Middleton, however, said that a pause or moratorium is out of the question.

"From a managerial point of view, what is pause? We have 20 people moving to Durham every week. What does a pause mean when you need more housing? Can we pause population growth? I assure you a moratorium in southeast Durham is not going to stop growth in other parts of the city, and there will be a cascading spillover effect."

Instead, Middleton explained, council members can and should set the bar higher for developers.