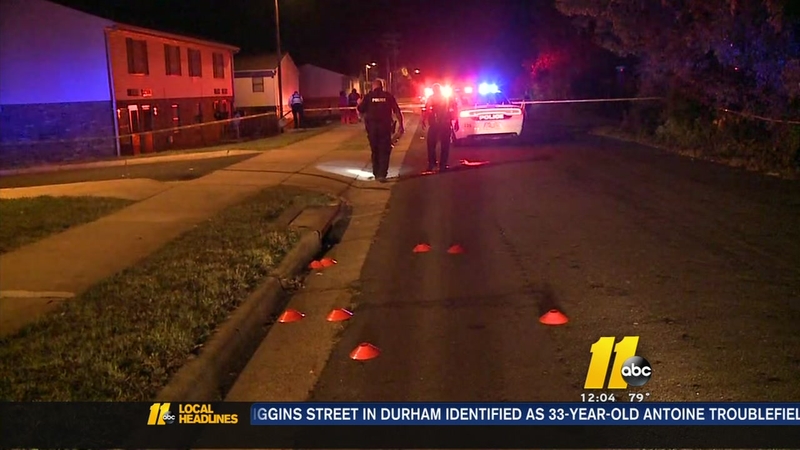 DURHAM (WTVD) -- Durham police are investigating a homicide that happened Tuesday night in the 3600 block of Wiggins Street.

Officers responded to a report of a drive-by shooting shortly before 9:15 p.m. When they arrived, they found a man - later identified as 33-year-old Antoine Bernard Troublefield of Chapel Hill - dead from a gunshot wound.

Troublefield's friend, Shaquita McRae, told ABC11 that she was inside her home at the time of the shooting, but her daughters were just steps away.

McRae said her kids took cover and are not hurt.

Who killed Antoine Troublefield? That question, asked by cops & friends of CH man, 33, killed in a Durham drive by shooting Tuesday. #abc11 pic.twitter.com/CDv4UjtuSC

According to McRae, Troublefield worked in Cary at a place that serves people who have autism, and was named employee of the year there back in December.

She said he visited her community often.

"He didn't bother nobody," McRae said. "When I say nobody, nobody! He was a good man. And if I see anything or hear anything, I personally will be calling 911. Because that was my friend and he didn't deserve this, at all."

Police are still investigating. No charges have been filed at this time.