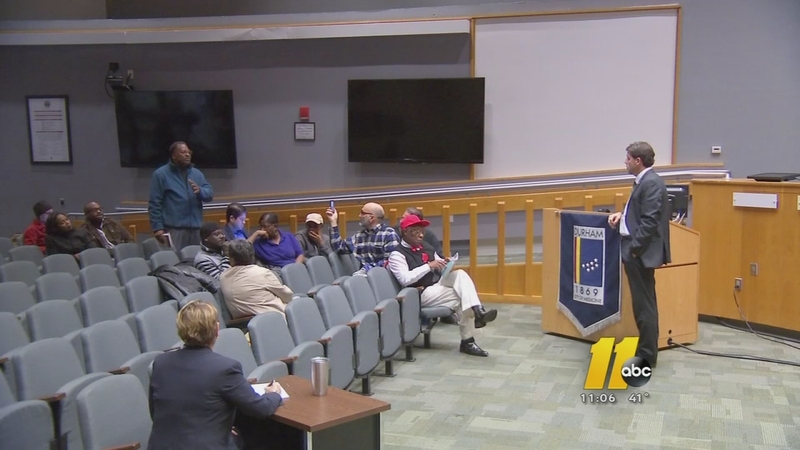 Citizens look toward the future of DPD

DURHAM (WTVD) -- Durham residents were invited to City Hall Thursday evening to give ideas on how the police department can better serve the community.

Among those who spoke, a common theme played out in what they want from the city's next police chief. Jose Lopez is set to retire on Dec. 31.

"There's not one qualified person that we could look at here to be our next chief of police that has an understanding of these communities and what is going on in Durham right now?" asked Jacqueline Wagstaff.

The meeting was led by the International Association of Chiefs of Police, hired by the city to study the effectiveness of police services.

One by one, residents aired their grievances.

"We do not need 400 and 500 police officers in this community. I'd rather see good training programs," said Victoria Peterson.

"We have a race problem, and police officers are no different out here. They just carry a gun and have the right to kill us," said Jacqueline Wagstaff.

Leaders from the city were absent from the meeting. Residents called it a sign of a communication breakdown. They said they want the next police chief to dig deeper into the issues already plaguing their community.

"We need to get to the systemic and institutional problems that we're suffering here otherwise it's just going to be the same thing," said David Hall.

A final report with recommendations will be presented to the city in March.