DURHAM, North Carolina (WTVD) -- Protesters in Durham rushed and toppled a Confederate statue outside the courthouse on Monday evening.

Later Monday, Gov. Roy Cooper tweeted reaction, saying, "the racism and deadly violence in Charlottesville is unacceptable but there is a better way to remove these monuments."

The crowd was small in numbers but steadily grew to more than 100.

As the crowd became more animated, several protesters approached the monument, climbing it and attaching a yellow nylon rope around it. The protesters then pulled until the soldier came crashing to the ground. 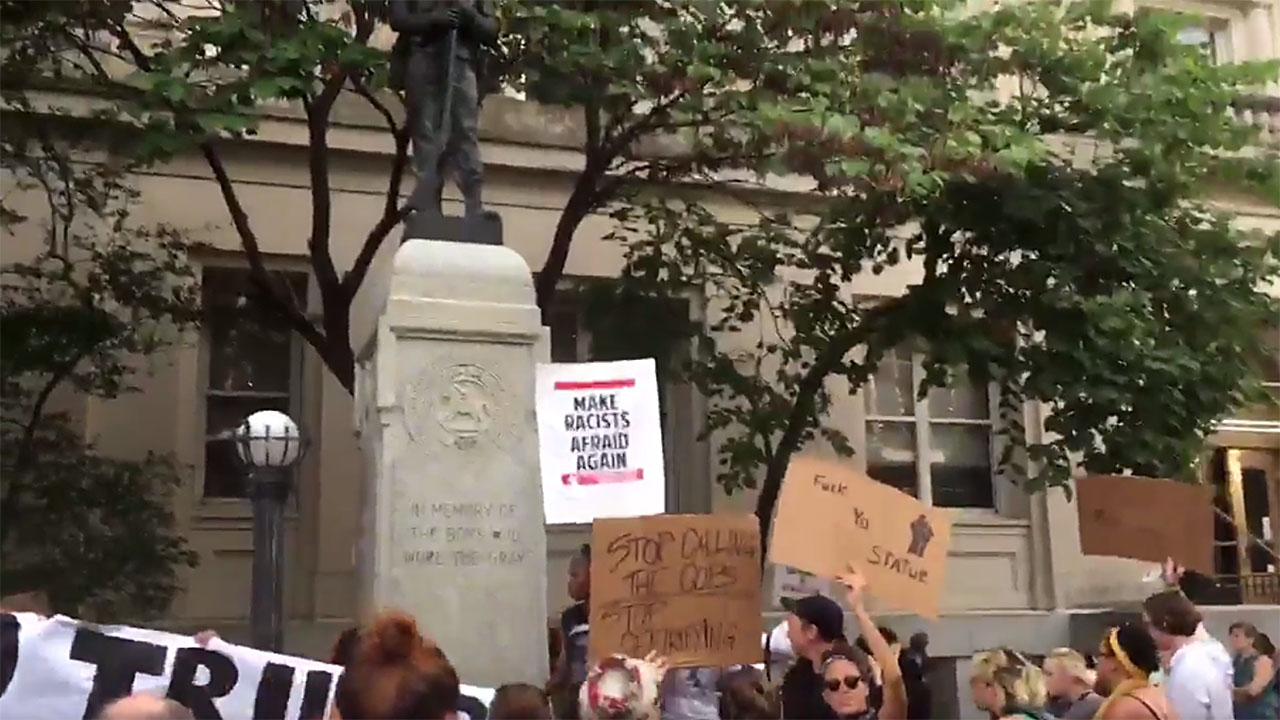 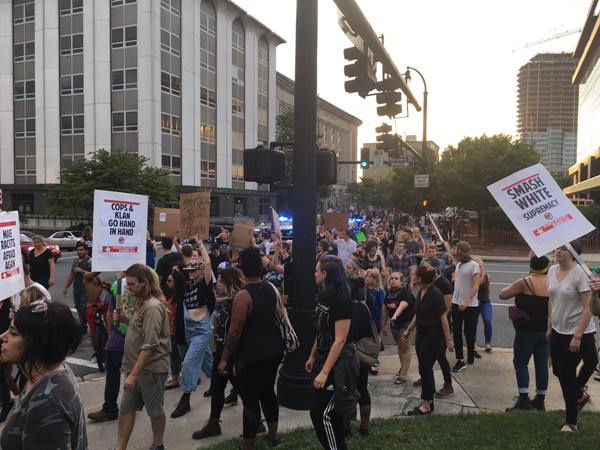 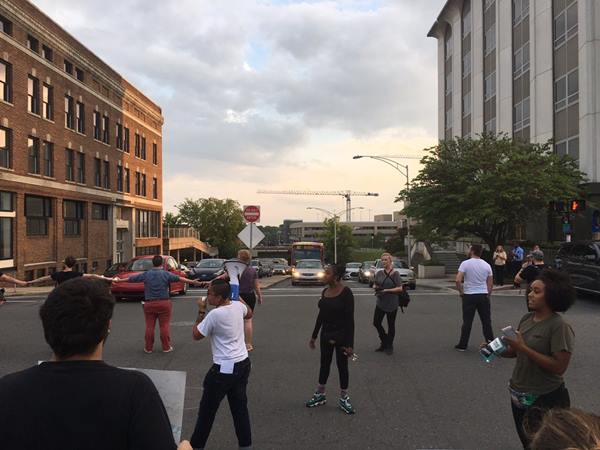 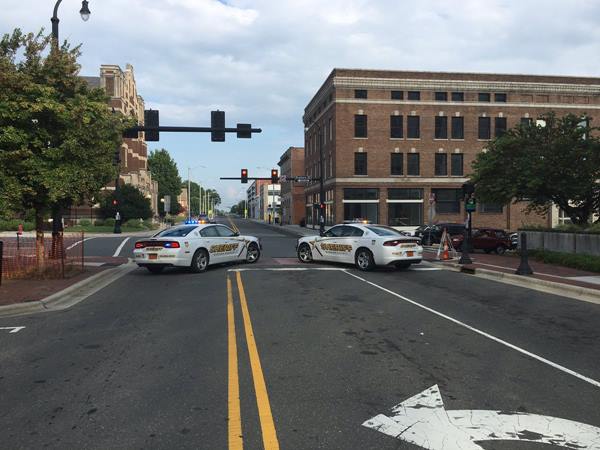 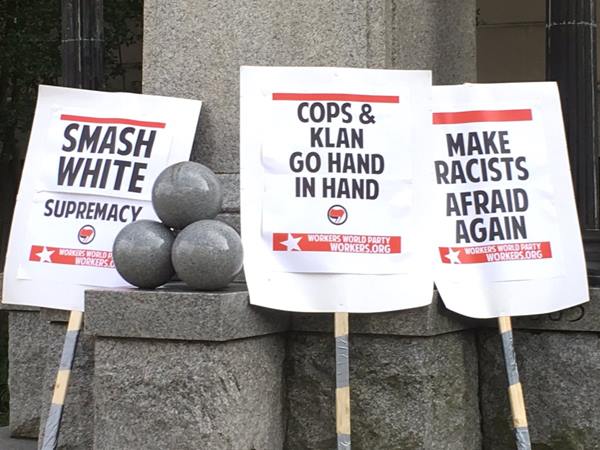 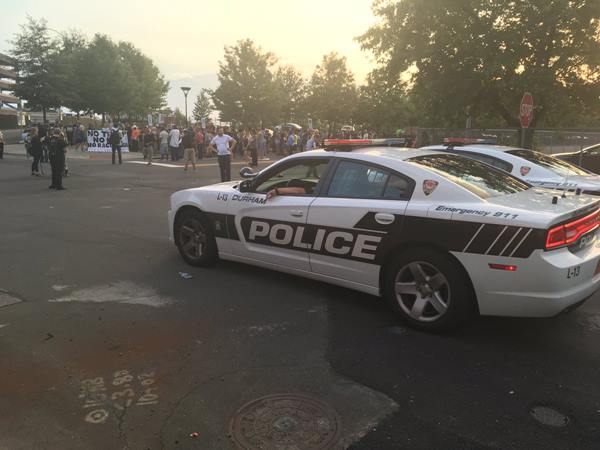 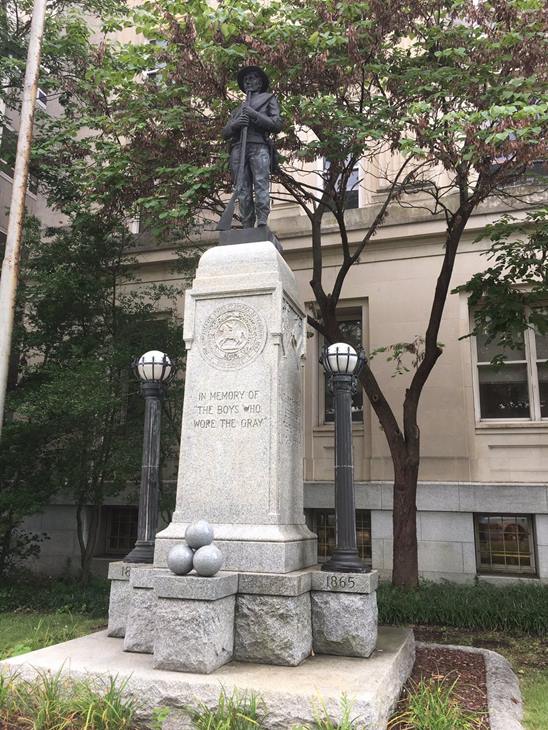 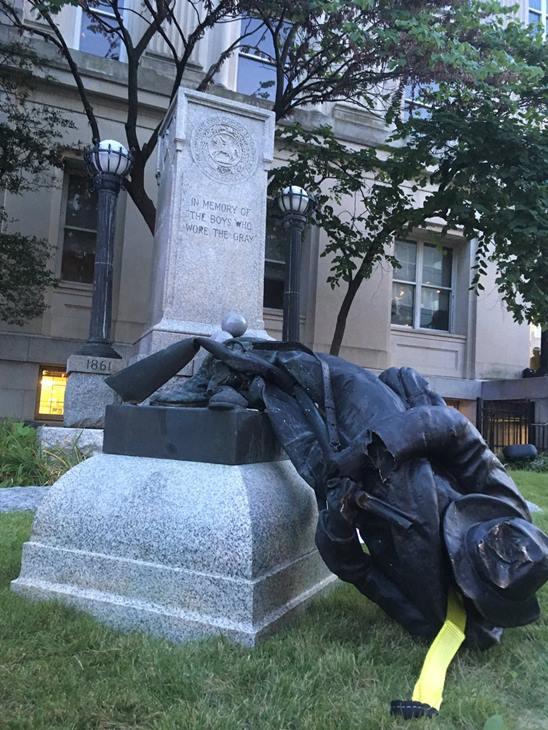 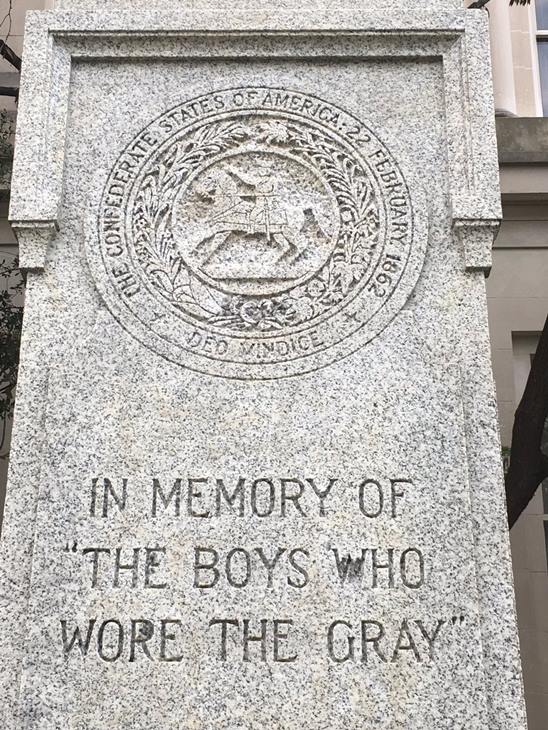 1 of 9
Protesters storm and tear down the Confederate monument. (Jonah Kaplan)
Jonah Kaplan

"I was a little bit shocked people could come here and come together like that," said Isaiah Wallace.

Wallace said he watched as others toppled the statue. He hopes other Confederate symbols elsewhere will follow.

"I feel like this is going to send shock waves through the country and hopefully they can bring down other racist symbols," he said.

The Durham protest was in response to a white nationalist rally held in Charlottesville, Virginia, during the weekend.

Because the statue was on county property, Bell would not comment on any possible charges against the protesters for the vandalism.

Shortly after 9:30 p.m., Durham Police issued a response to the protests.

"The DPD is aware that a Confederate monument was toppled at the old Durham County courthouse. Because this incident occurred on county property, where county law enforcement officials were staffed, no arrests were made by DPD officers," the department said in a statement."

Police said the Durham County Sheriff's Office is the agency that has jurisdiction over all county buildings and landmarks.

"When monitoring such incidents, the Sheriff's Office is the decision-making agency regarding law enforcement response on matters concerning county property," DPD explained.

"Our elected officials and senior staff understand the unrest in our nation and community, particularly following the senseless acts that took place in Charlottesville, VA. We share the sentiments of many communities around the nation that admonish hate and acts of violence as we believe civility is necessary in our every action and response. Governmental agencies dedicated to public safety will continue to work collectively to ensure Durham remains a community of excellence where all of our residents can live peacefully, grow and thrive."

Protesters then moved on to walk down to Roxboro Street at Main Street, where they blocked the intersection.

The protesters later marched to the site of the new Durham Police headquarters, which is under construction.

Durham Police remained close by but kept their distance from the protesters.