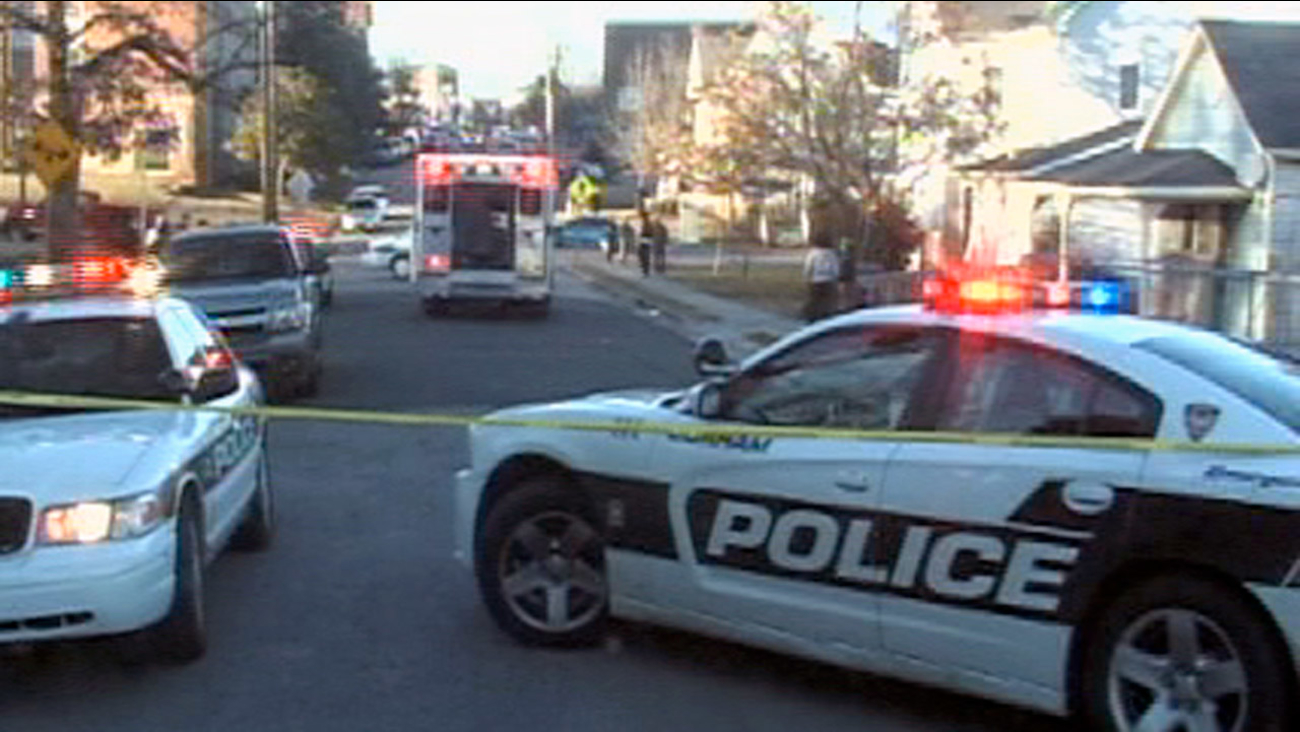 DURHAM (WTVD) -- Durham police are trying to find the men involved in a shootout that sent an innocent man to the hospital.

Police said a man walking down the street got caught in the crossfire when men in two cars were firing shots at each other.

The man suffered a graze wound to the head. He was taken to the hospital for treatment.

Police spent several hours searching nearby apartments for the men involved in the shootout.